Zacusca is a slow cooked eggplant and red pepper spread. This traditional Romanian dish is made in Autumn when its main ingredients, eggplants and gogosari peppers are in season. Gogosari peppers very similar to red bell peppers, which is what I use in this recipe.

During our time in Romania, we came to enjoy having Zacusca slathered on rustic bread. Bread spreads are very common in Romania. We also enjoyed Salata de Vinete, (eggplant spread) and Fasole Batatu, bean spread, which are also common traditional Romanian foods.

The spreads are really eaten any time of day, from breakfast onward. We found that zacusca was actually something we enjoyed with many things, such as with Romanian meatballs (chiftele) or as a simmering sauce for fish or accompaniment to roasted meats. It is even wonderful when used as a pasta sauce. 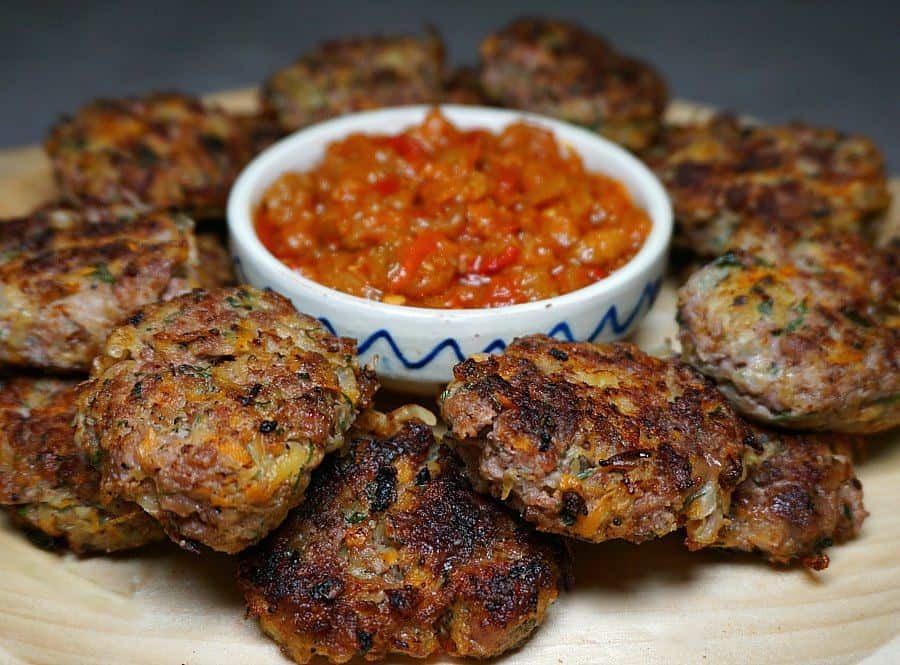 The vegetables can be cooked either in the oven or on a grill, which gives them deeper smoky flavor. For this recipe, I use the oven method. The resulting eggplant and tomato sauce will have a lighter taste that allows more of the fresh vegetable flavor to shine through.

It also, in my opinion, adds to the versatility of the recipe. Smoky flavors can be very nice, but they are rarely subtle. Once smoke joins the party, the flavor can become dominant and overwhelm rather than enhance a dish.

Don’t forget to add the recipe to your collection on Pinterest or bookmark it for later! 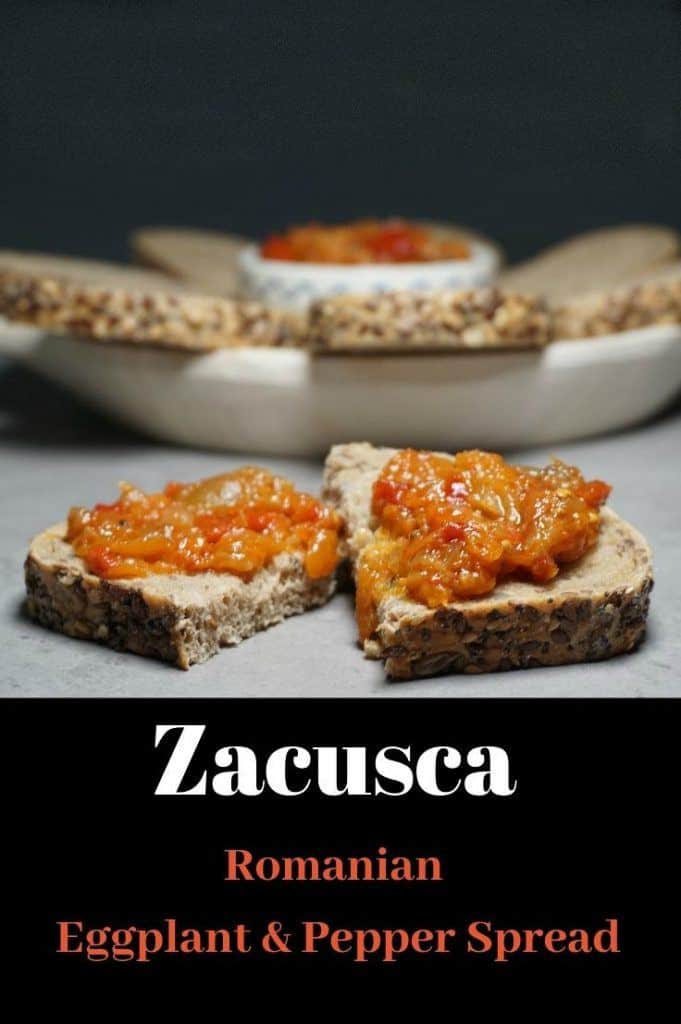 Here are some additional Eggplant recipes you might enjoy: Nutritional values are estimates only. Estimates based on 1/4 cup serving.

Additional Eastern European recipes from our collection of International Recipes, inspired by our ongoing travels around the world: For canning, can it be done in water bath or does it need pressure caner? How long to process? I have lots of eggplants this year.

I hope you enjoy the recipe! Although I know that this recipe is often preserved by canning, but I'm not an expert, so I don't have a good answer to your question.