Malta is a small island nation located just south of Sicily in the Mediterranean Sea. Its temperate climate, beautiful rocky coast and stunning blue water make it a popular tourist destination. Malta’s friendly and English-speaking natives (Malta was once a British colony) and ancient ruins all add to the island´s appeal. However, for us, no destination is worth the plane fare if the food isn´t going to be good. We are happy to report that, after quite a bit of personal research, that the cuisine of Malta does not disappoint.

While in Malta we found a lot of dishes that you´d expect from a Mediterranean destination, such as pastas and pizza. There are also plenty of pubs giving a nod to the Brits, who are frequent visitors to the islands. But there were some dishes that were distinctly Maltese.

Many recipes incorporated spices from neighboring Africa and pungent sweet spices such as cinnamon, to their fillings and slow cooked dishes. The Maltese are also famous for their flaky pastries and fresh baked breads, no doubt a leftover from occupation by the French in the late 1700´s. The cuisine, particularly when enjoyed overlooking an amazing water view, is an experience that any foodie traveler will appreciate. Here are a few of our favorite Maltese dishes that are a must-try on a journey to the enchanting Islands of Malta. 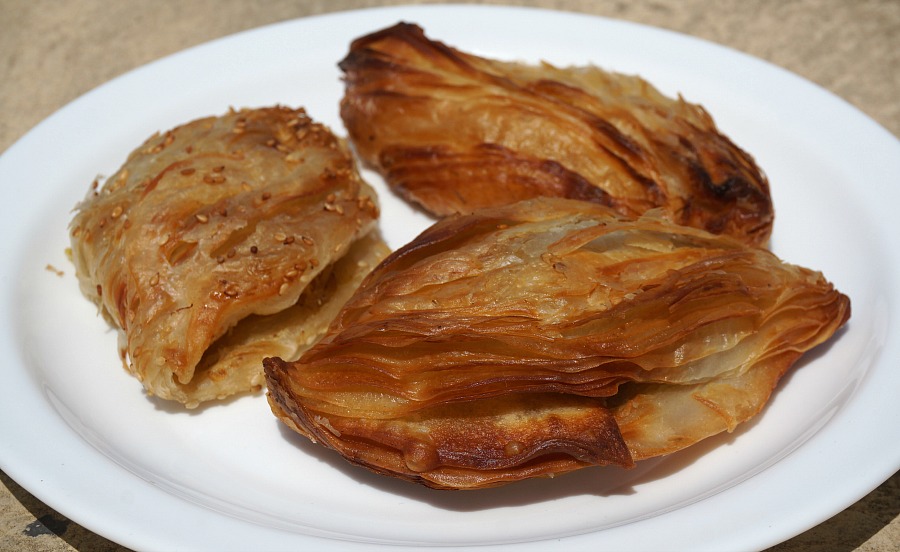 These flaky buttery pastries became a favorite guilty pleasure during our time in Malta. The crunchy exterior gives way to an assortment of fillings, including savory cheese, juicy chicken stewed with vegetables, or to an unexpected favorite, pea. The mashed pea mixture was often combined with a spice blend that reminded us of another favorite dumpling, Indian potato samosas. Shops featuring these pastizzi typically carried other favorite quick bite items, such as arancini (stuffed fried rice balls, which are popular with their Sicilian cousins to the north) or ftira (rustic sandwiches on crusty bread). Each perfect for breakfast or a quick nibble on the go.

Maltese eat an average of 6.6 lbs (10 kg) of rabbit per year. That´s more than any other consumer in Europe. Popular preparations include pasta with rabbit ragu, roasted rabbit, or rabbit stew (fenek). If you´ve never sampled rabbit, Malta is a great place to give it a try. They are the experts, after all. 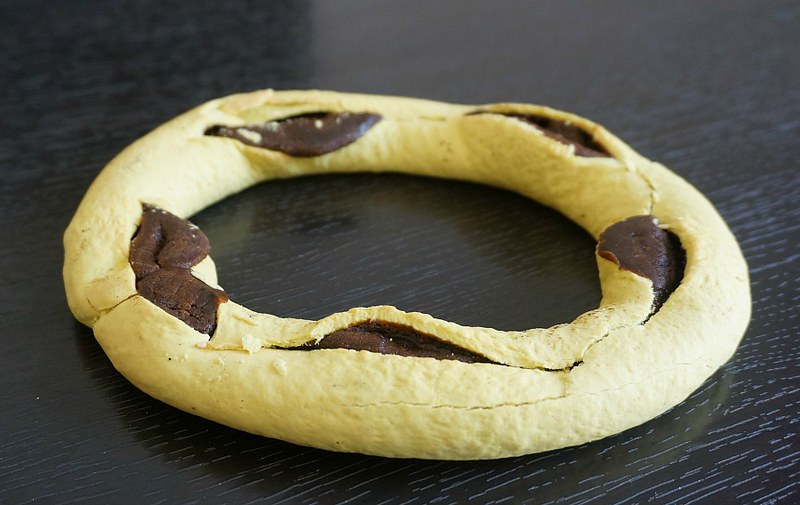 While these cookies are known more as a Christmas-time treat, honey rings, (treacle or qaghaq ta’ l-ghasel) are so popular they can be found in corner bakeries and on grocery store shelves throughout the year. The exterior of the cookie is slightly firm, similar to a pie dough. The inside is thick paste that tastes of licorice. The actual filling is made with honey, citrus zest, aniseed liqueur (hence the licorice flavor), clove and nutmeg. It´s addictive alongside coffee or a nice strong tea. 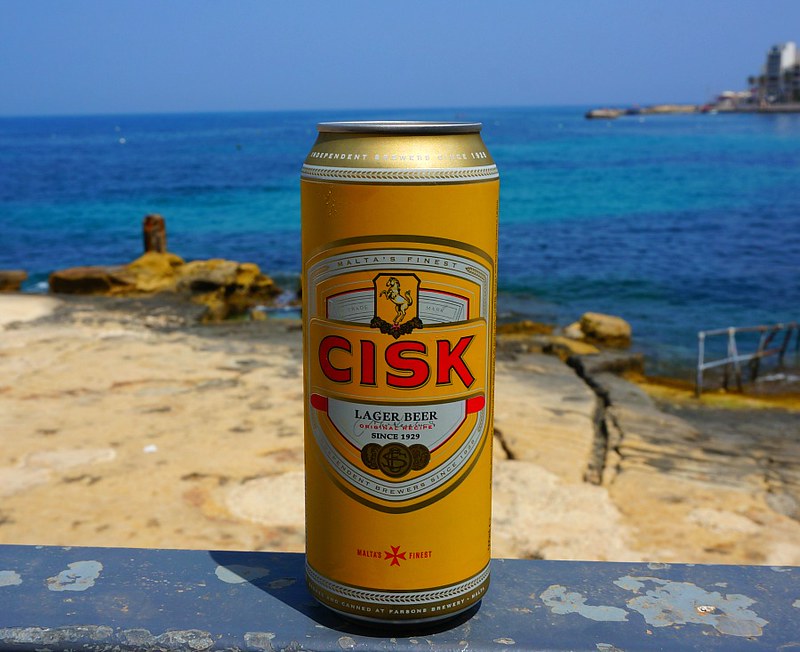 Cisk is by far the favorite beer on Malta. It has been produced on the island since 1929, giving it ample time to capture a loyal following. They have expanded their traditional line of pilsners and ales, and now offer lighter versions and others that are spiked with flavors, such as the lemony ¨Chill Lager.”

I´ll be honest, I was a little bit worried trying this fish stew. Quite frequently, fish soups, in my experience, don´t tend to use the freshest cuts of fish and will often have a strong flavor of….fish. I enjoy fish that is less oily, firm, and decidedly un-fishy. I know I´m not the only one. This fish soup, which is lightly seasoned and peppered with fish, is the perfect starter. Just enough to wake up your taste buds, especially with a nice squeeze of lemon. It would also be nice as a main meal if eaten with some of Malta´s famous bread. It would have been quite a disappointment if we weren’t offered a few slices with every meal. 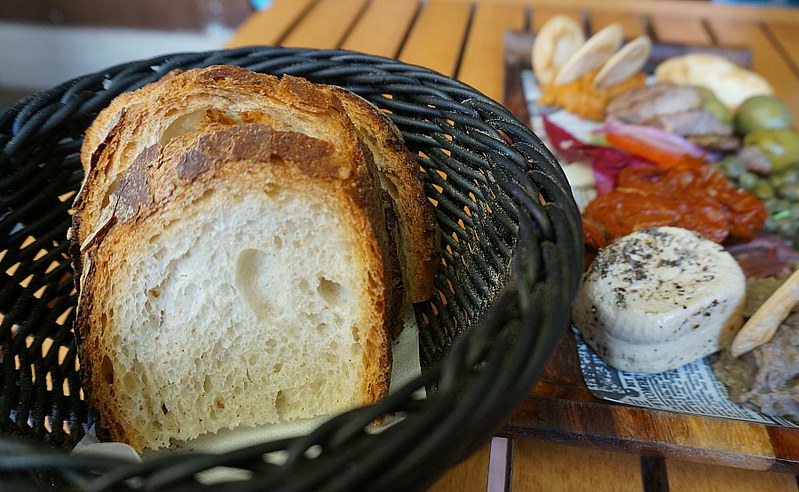 Maltese bread (Ä¦obÅ¼ tal-Malti) is a star in the eyes of those of us who love a crusty loaf of sourdough. The flavorful loaves are baked to perfection in wood-fired ovens, the smell of which fills the air on the island each morning as restaurants and bakeries prepare for hungry diners. The bread’s soft interior is perfect for sopping up juices from some of Malta’s classic slow cooked stews or as a bed for the countries favorite spreads or cured cheeses.

Although this classic Maltese dish carries the name olive, most recipes don´t contain them at all. The olive refers more to the shape of the stuffed meat dish, which is braised in a sauce with red wine, tomatoes, and aromatic vegetables. The beefy olives are formed by tenderizing thinly cut slices of beef, which are then stuffed with bacon and hard boiled egg and rolled.

Wherever we go in the world, my husband Sean always has his eye out for snail. A bit unusual for an American. It´s a little easier to understand when you learn that he grew up summering in Ireland. He and his sister enjoyed buying steamed periwinkles that they ate from a plastic bag using a pin. So he was quite thrilled to find that snails were definitely on the menu in Malta. The ones we sampled were particularly good, as they were cooked in a rich broth flavored with curry, star anise and mint. If you have never tried snail, Malta would be a good place to start.

This dish is a sure way to curb any carb cravings you may have. Timpana is a meaty pasta dish surrounded in puffed pastry and baked  until golden brown. Some versions also include chicken livers and egg. 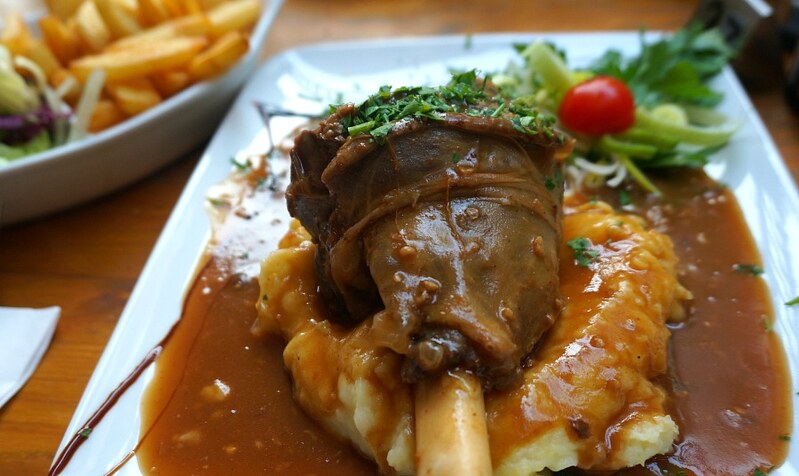 The people of Malta love slowed cooked meats, so it was no surprise to find both lamb and pork shank on many menus. Because the meat is slow cooked on the bone it has all the more flavor. The fork-tender morsels, particularly when covered in gravy and served over buttery potatoes, is superb!

Our best recommendation when visiting Malta is to tuck into an appetizer sampler platter. Most will feature a small taste of those dishes that are most prized by locals. On the above example, there is a spread made with tuna, capers and sun-dried tomatoes, (arjoli), Maltese sausage, broad bean dip, capers and olives, and a brined and peppered cheese similar to feta (gbejniet). On the side, as you can probably guess, is a nice basket of Maltese bread.

The Islands of Gozo and Comino

No visit to Malta would be complete without spending time of the beautiful Islands of Comino and Gozo. Here are our suggestions for what to do (and where to stay) in Gozo in 24 hours.

Inspired? Pin it for later!