It looks like an over-sized guinea pig but the “dassie” is actually more closely related to the elephant. Say what?!?

We knew we’d encounter amazing wildlife while traveling in South Africa, but when we learned this interesting fact about the “dassie” we were all the more curious.

Cousins of the Rock Dassie

They live in the rock formations on the ledges on mountains. Beyond elephants, their second closely related cousin is the unlikely sea cow. 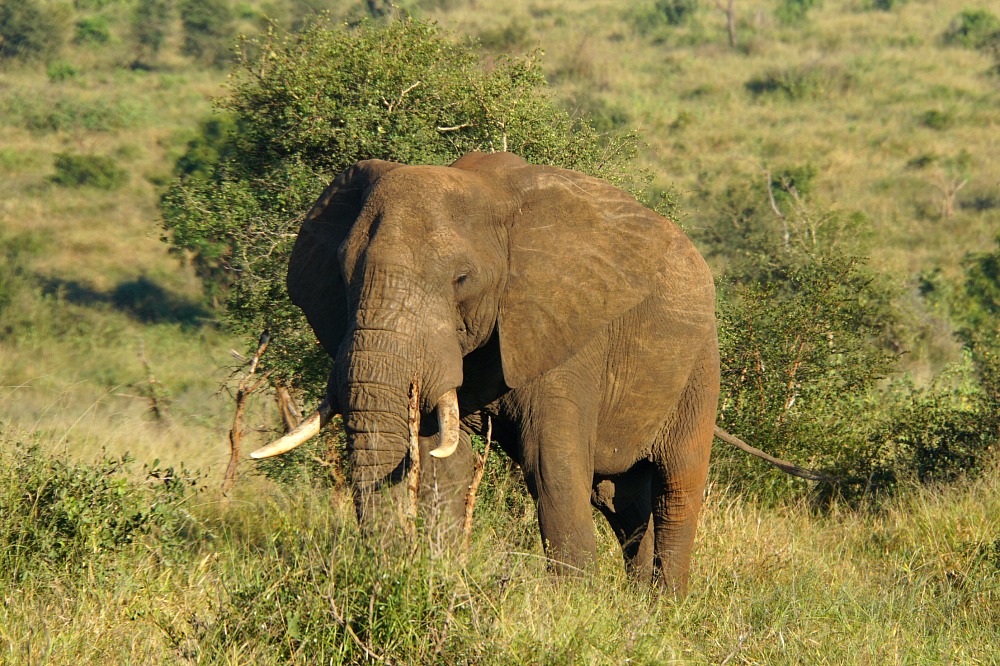 Elephant – Distant Cousin of the Dassie

You may recall a famous dassie, Pati-Pati in the movie “Born Free.”

She was a long-time pet to Joy and George before the introduction of the three lion cubs in the movie.

After learning about that fun fact we had to rewatch the movie, and sure enough, Pati-Pati played a dominant role before being overshadowed by the arrival of “Elsa” and her siblings.

We were looking forward to catching sight of a dassie on an upcoming hike up Cape Town’s Table Mountain, where they reportedly lived.

Our first meeting, however, came in the way of a surprise encounter with a few before the hike.

One suddenly jumped up on a fence and startled us while we were entering the penguin preserve on Boulder’s Beach. 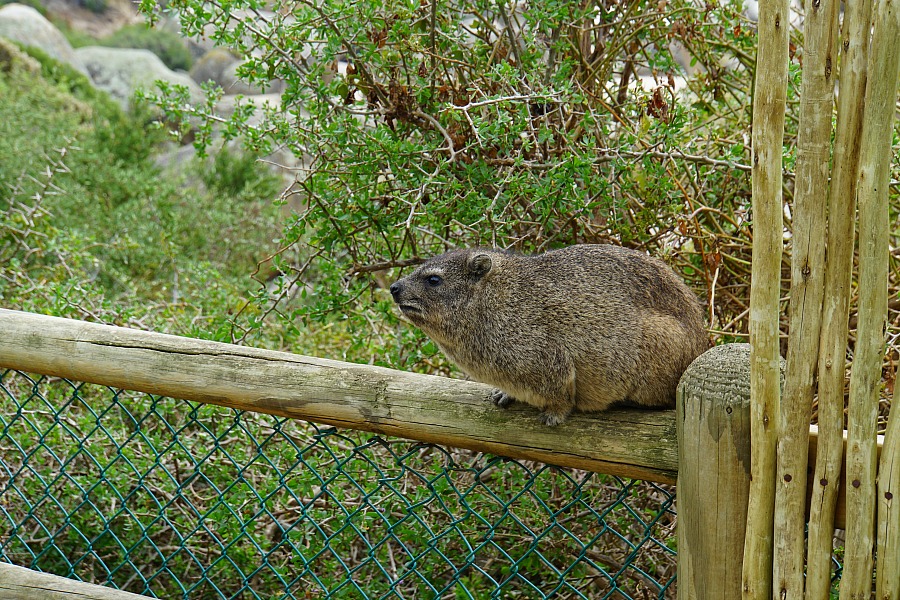 This momma dassie appeared to be protecting her young who were munching on leaves on a branch behind her.

She sat watching us for several seconds then jumped down and scurried off.

In further dassie meetings I now wonder if she was actually asking if we had brought breakfast for her and left in frustration when we didn’t hand it over.

Living in close proximity to humans is not always such a good thing. 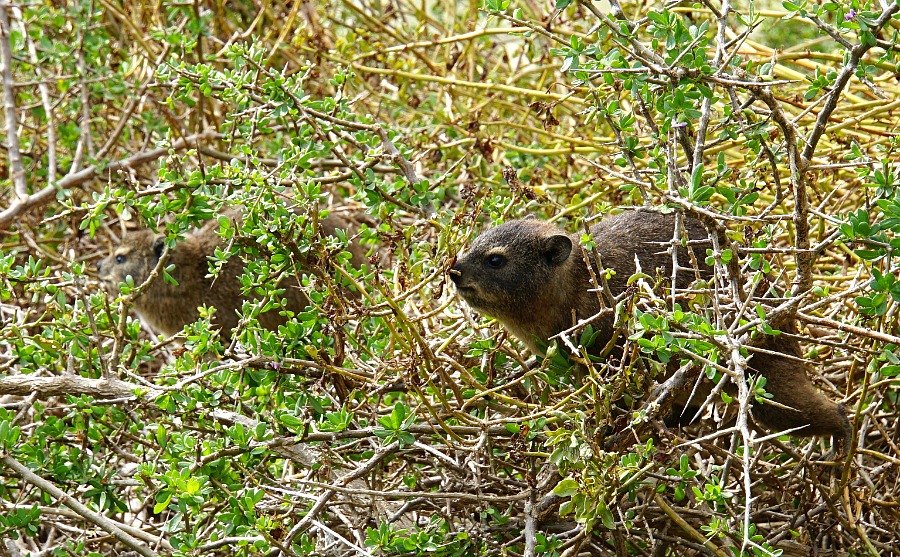 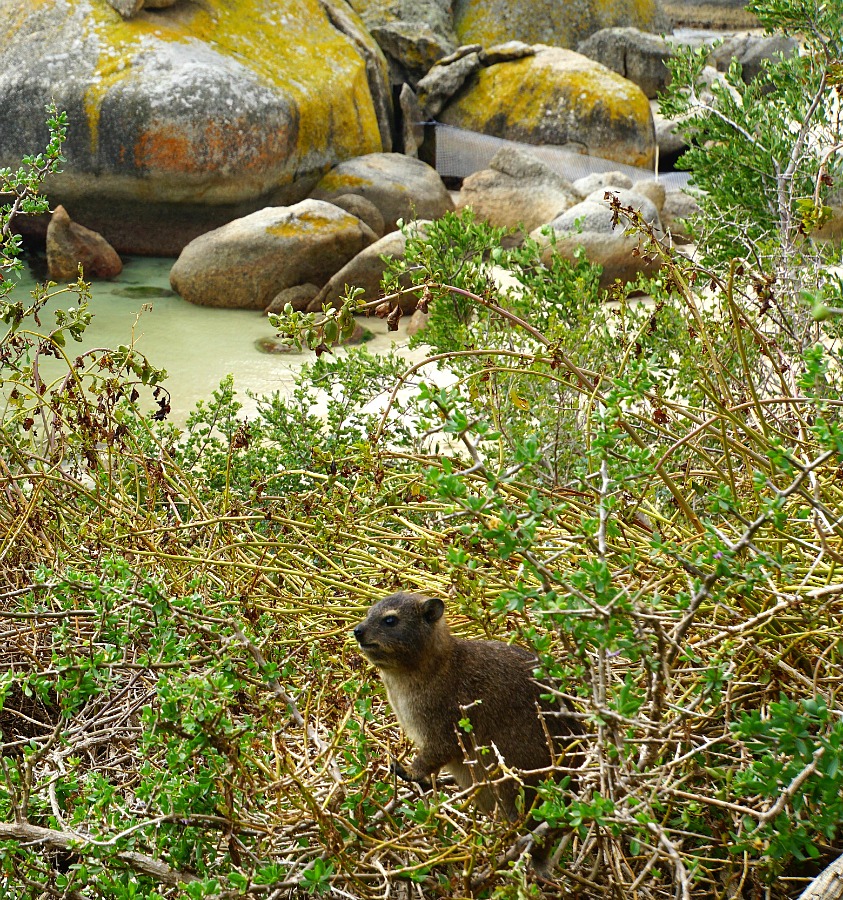 Not far from our dassie encounter, we also managed to find quite a few penguins on Boulders Beach, who seemed to coexist with the dassies just fine. 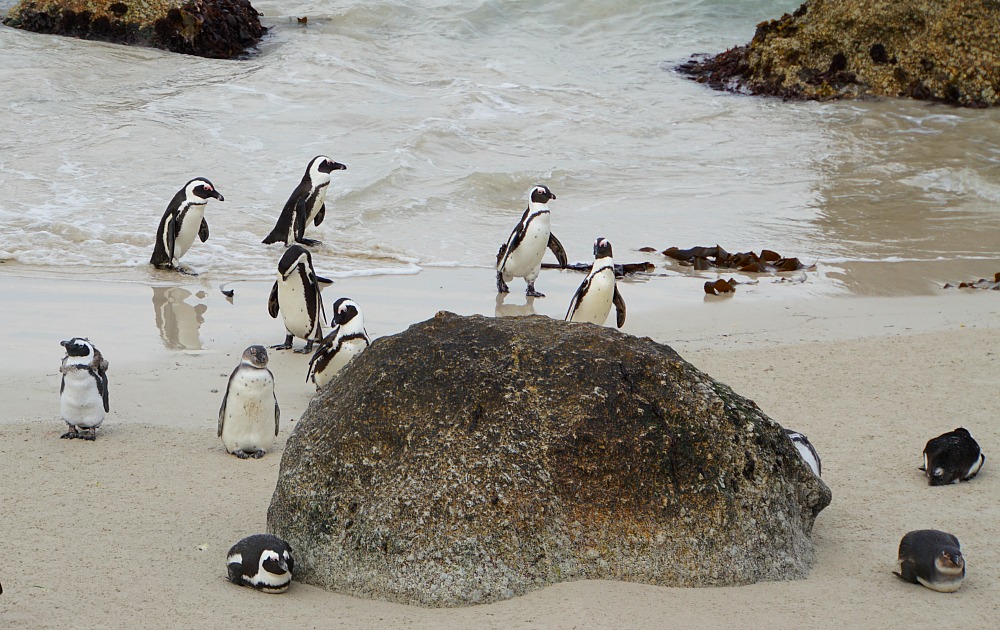 We spotted quite a few of them when we finally did reach the top of Table Mountain.

After taking in the view from the top, the second favorite tourist activity seemed to be getting a good selfie shot with a dassie. And who can blame them? 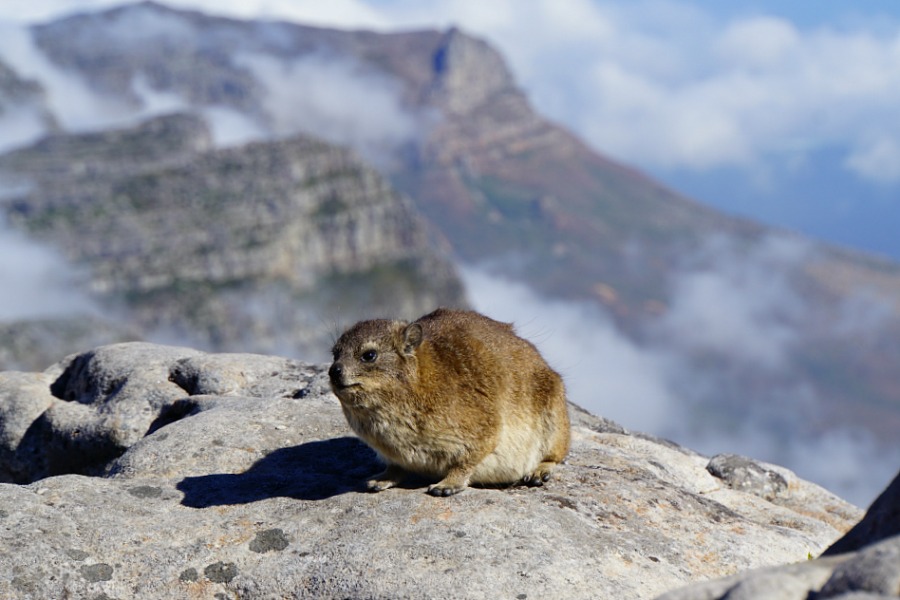 Here are some additional articles about Travel in South Africa that you might enjoy!