Crotia itself has become a go-to destination recently. Beautiful coastline views with crystal clear water, and great food are just a few of the reasons for the nation’s popularity.

In summertime, tourists flock to from around Europe to beautiful beaches on the Adriatic Sea and the country’s numerous islands. The coastal cities are also rich with history and culture.

It should come as no surprise that there are quite a few UNESCO World Heritage Sites in Croatia. What is UNESCO? This international organization recognizes landmarks as having cultural, historical, scientific or other form of significance. Getting an area designated as a world heritage site provides legal protection under international treaties, as well as bragging rights for the home country.  Croatia has some numerous sites that have been recognized, and they’re well worth visiting.

We will start with what is probably the most famous example of UNESCO World Heritage Sites in Croatia — Dubrovnik. The city’s oldest area has been preserved perfectly throughout the centuries.  Its awe-inspiring city walls are not-to-be-missed on a tour of one of Croatia’s most popular destinations.

The Walled City of Dubrovnik

Down in the old city, Gothic, Renaissance and Baroque buildings of all kinds give you a full picture of what life looked like hundreds of years ago.

There will be crowds here, that’s for sure, but exploring these beautiful streets, immersing yourself in their history and maybe grabbing a bite to eat in this exquisite place is so worth it!

While in Dubrovnik, don’t miss the war memorial on the top of Mount Srd. You can either take the cable car or hike along the picturesque zig-zagging hiking trails for stunning views of Dubrovnik from above.

If you have a little extra time, consider a side trip to Lokrum Island, where you can find the famous peacocks strolling in the park along with some hiking paths and beautiful botanical gardens.

If you have even more time to spare, consider a visit to Ston. It best known for serving up delicious Croatian Oysters along with other popular Croatian dishes. It is all served up with beautiful coastal views and offers the opportunity to hike along its ancient defensive walls.

The Palace of Diocletian in Split

Split is the second largest city in the country, and Diocletian’s Palace is its symbol. Diocletian was a Roman emperor who had this palace built at the end of the 3rd and the beginning of the 4th century AD. 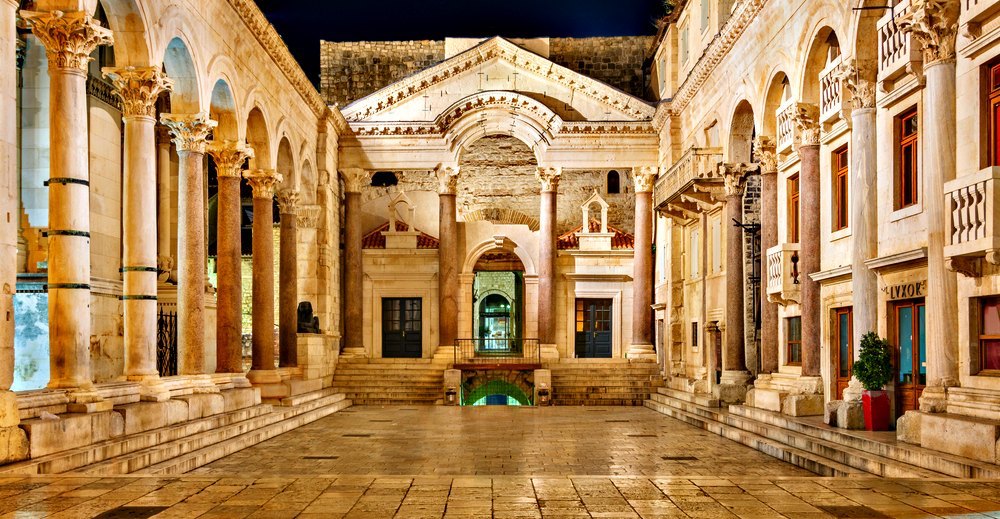 People still live in the area surrounding the palace to this very day.  Walking the streets of this impressive place is quite an experience, giving both an idea of everyday life in Croatia along with a glimpse into its past.

While in Split, don’t limit your visit to a tour of the Diocletian Place. There are many things to do in Split, including some of our favorites, which included taking a walking food tour and a visiting a Split winery.

Both experiences are guided by locals who ere passionate about Croatian history, food and culture. They turned what could have been a fun visit to a great and memorable experience, so they are well worth checking out if you are able to fit them into your plans.

Less than half an hour away from Split by car is Trogir, another beautiful UNESCO World Heritage Site in Croatia. The city’s street plan actually originates from Hellenistic times, but each period after that has left its mark.

Beautiful churches, impressive fortification and many various buildings (especially the ones from the period when Venice ruled here) all give a splendid overview of the past. Trogir is a fantastic getaway to explore a picturesque, quaint and culturally rich Croatian destination.

When it comes to popular national parks in Croatia (like, for example, Krka), Plitvice Lakes are something special. The 16 mesmerizing lakes here were created over time through the power of water which has been carving the landscape and depositing natural materials for thousands of years. 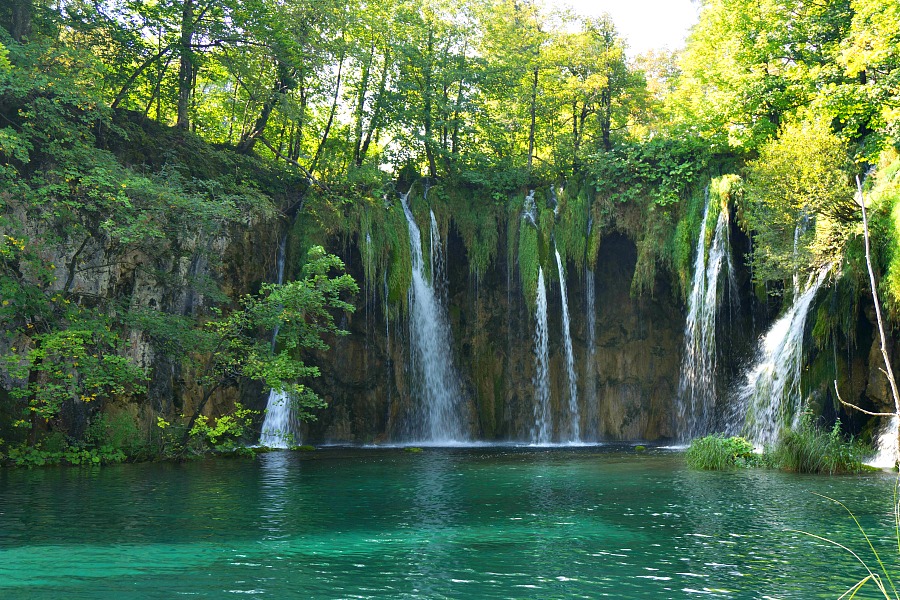 A series of dams were construction to protect the area, and are the main reason the lakes continue to exist today. Use of the dams also resulted in the formation of spectacular waterfalls.

We recommend planning your visit to Plitvice Lakes in advance and getting there early in the morning to avoid the crowds. We can also recommend a side trip to visit to the Caves of Barac, which are only a short distance away.

Euphrasian Basilica in Poreč is a complex of sacral buildings. They have been preserved incredibly well considering that they originate from the 4th century.

UNESCO states that this “constitutes the most complete surviving complex of its type”, which is endorsement enough to add it to your list of places to visit in Croatia. 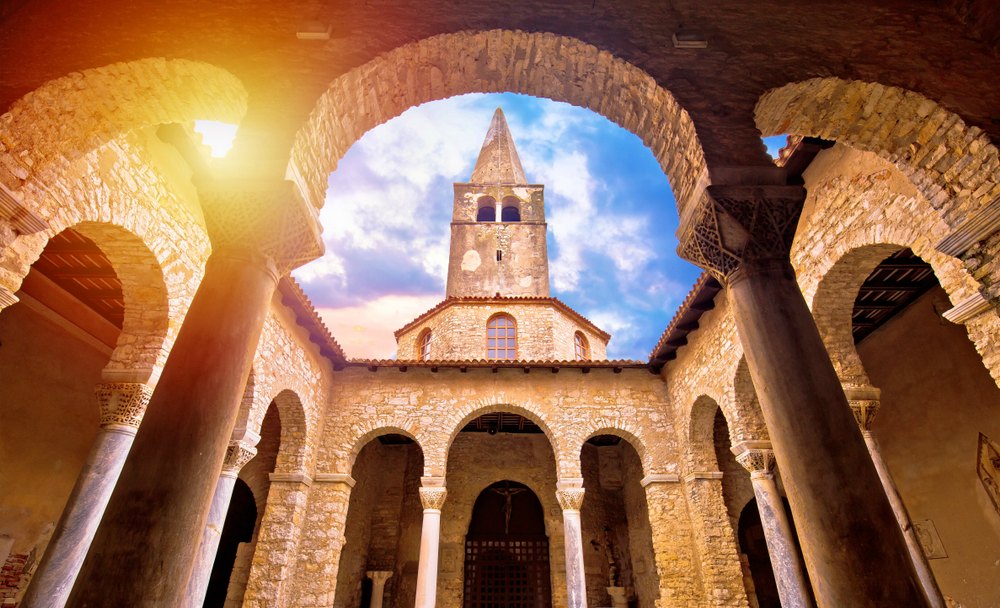 The basilica comes with an atrium, a bell tower, an episcopal palace and a baptistery. They are considered close to perfect examples of preserved Byzantine architecture. 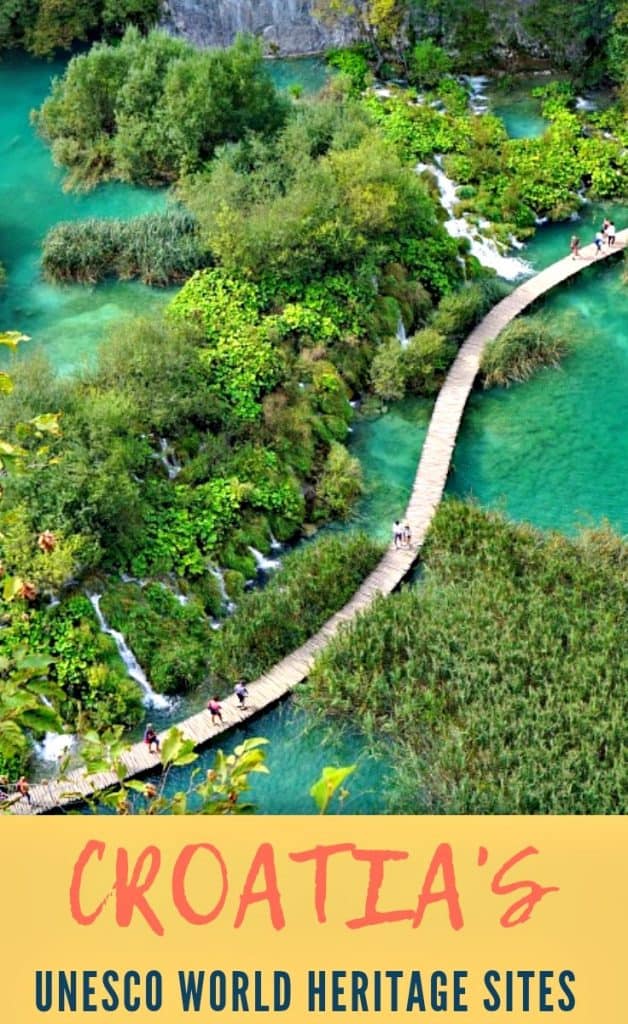 The Cathedral of St James, Sibenik

Šibenik’s Cathedral of St. James really is worth a visit, especially so if you’re a fan of architecture. This massive church is a unique combination of Gothic and Renaissance styles.

It took builders more than one hundred years to complete it. During that period, three architects succeeded each other at the helm of the project, explaining the use of differing architectural styles. 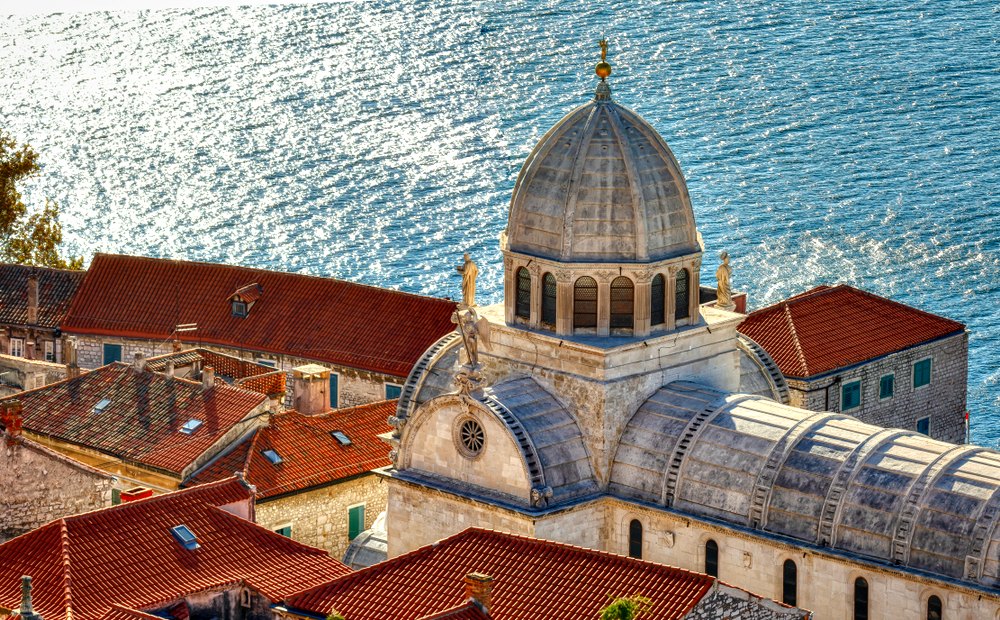 Locals refer to this magnificent building as “poetry in stone”, a term that you will understand completely once you find yourself in front of it.

The island of Hvar is home to the Stari Grad Plain. It is an incredible landscape that vividly demonstrates how ancient Greeks lived. It was founded as a Greek colony in the 4th century BC, and has been maintained its strong Greek Heritage to this day. 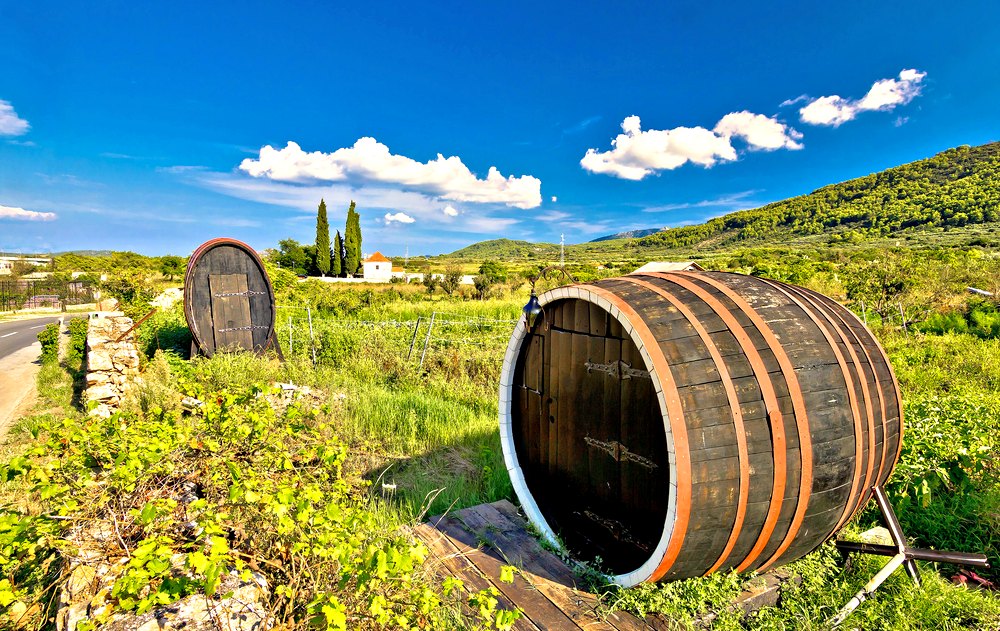 Olive trees and vineyards have been growing here for centuries. The stone walls dividing the land haven’t been touched for almost two and a half thousand years.

Beyond earning its designation as a UNESCO World Heritage Site, Croatia has also made the Stari Grad Plain a natural reserve, protecting the area for generations of visitors to come.

Stećci are a special type of medieval tombstone that can be found in several countries of the western Balkans. In Croatia, they are predominantly found in Dalmatia’s hinterlands, near the town of Knin.

The inscriptions of the tombstones memorialize medieval southeastern Europeans that lived over the span four centuries (from 12th to 16th). The carvings depict themes of religion, nature, human images, or simple geometric designs, depending on the artist and the wishes of person who commissioned its creation.

Here are some related articles about travel in Croatia and Croatian Cuisine that you might enjoy: We’d like to thank One Day Itinerary for providing this roundup of Croatian UNESCO sites.

OneDayItinerary is a travel blog managed by a group of travel-loving friends. However, this is not our main occupation as we all have day-to-day jobs, which is why we understand how difficult it can be to set up a decent vacation. That is why we want to make things easier for every traveler with little time in a new city. Through our itineraries, you will find the best possible way to explore a new location, learn everything about its major sites and even pick up some valuable tips meant to help you make the most of your time and money.