Whenever I make twice-baked potatoes, they are typically everyone’s favorite item on the days menu. Mine included!

I love potatoes in general, but mostly as a vehicle for whatever I put on them. Whether it’s dipping french fries in aioli sauce or topping a potato with sour cream, the meager spud with its creamy texture can quickly become elevated to something sensational.

Since cheese is also on the top of my favorite food list, it’s easy to see how cheese twice-baked potatoes are a favorite in my house. In this version I use a combination of goat, jack and cream cheese. The most important factor is choosing cheeses that go well together – for example, not using all cheeses with a strong flavor or high salt content.

Using cream cheese (as I also recommend in my perfect mashed potato recipe) adds creaminess without a lot of flavor. The green onions adds flavor but also a little texture.

It’s also important to note that potatoes have different levels of moisture, so have a little extra sour cream (or even heavy cream or milk) to add in case the potato mixture feels dry.

Add the recipe to your collection on Pinterest or bookmark it for later! Then the magic happens in the second baking, when the cheese melts and browns on the top. The potatoes are so filling they can be served as a stand alone vegetarian entrée. They are also a great alternative side dish when making barbecued chicken (such as with this tangy Chicken in a Pineapple and Chipotle BBQ Sauce recipe).

Here are some additional side dish recipes you might enjoy 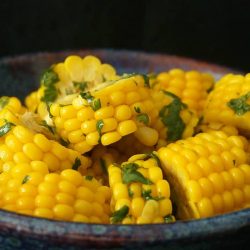 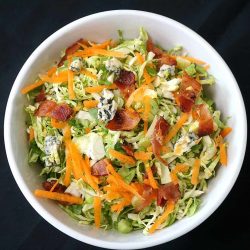