Sometimes the best experiences that we’ve had while traveling are unplanned and unanticipated.

They always involve an element of surprise, a little bit of wow, and in the best of all world show us how wonderful and welcoming people can be. The other night was one such night. 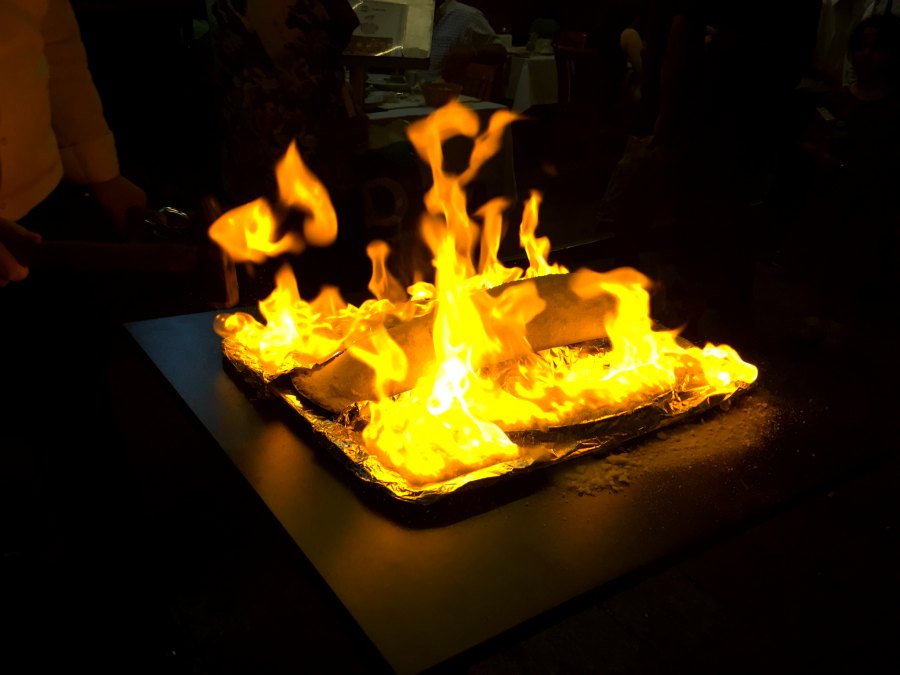 We were in a crowded restaurant in the touristy area of Istanbul. Here you can’t walk down the street without being harassed to take a chair.

The good news is, that once you do decide to take a seat, the staff, without fail, do everything they can to make sure the evening goes well.

Truth be told, eating mouthwatering Turkish cuisine is probably one of our favorite things to do in Istanbul. Judging by the crowds, we weren’t alone in that opinion. The streets were packed with locals and tourists alike.

During  this one hot evening in September we found our way to an outside table after finally tiring of the parade of hosts attempting to coax us in.

We were hungry – and the front guy said something that made sense at the time: “Let me tell you, we all have the same menu and buy our food from the same vendors, why not give my restaurant a try?” So we did.

We sat down and were then swarmed with waiters ready to explain their menu and hook us up with a nice glass a wine while we unwound and tucked in for what we hoped would be a nice evening.

As we received our drinks we noticed a family laughing and sharing a generous appetizer platter along with some traditional Turkish liquor – Raki.

They embraced all of the street vendors walking by, including small children “playing” accordions, and actually purchased a pair of oversized sunglasses.

Because we were sitting on the outside table, each vendor had to clamor over us in order to gain access to our eager neighbors. To each their own, we though.

And then it happened. A waiter came out to the street next to us and set down a folding table, containing a dish we had heard about but hadn’t so far seen anyone order.

This was a whole fish, caked in an inch thick layer of salt. You have to wonder what this fish would taste like already, and then he set it on fire. 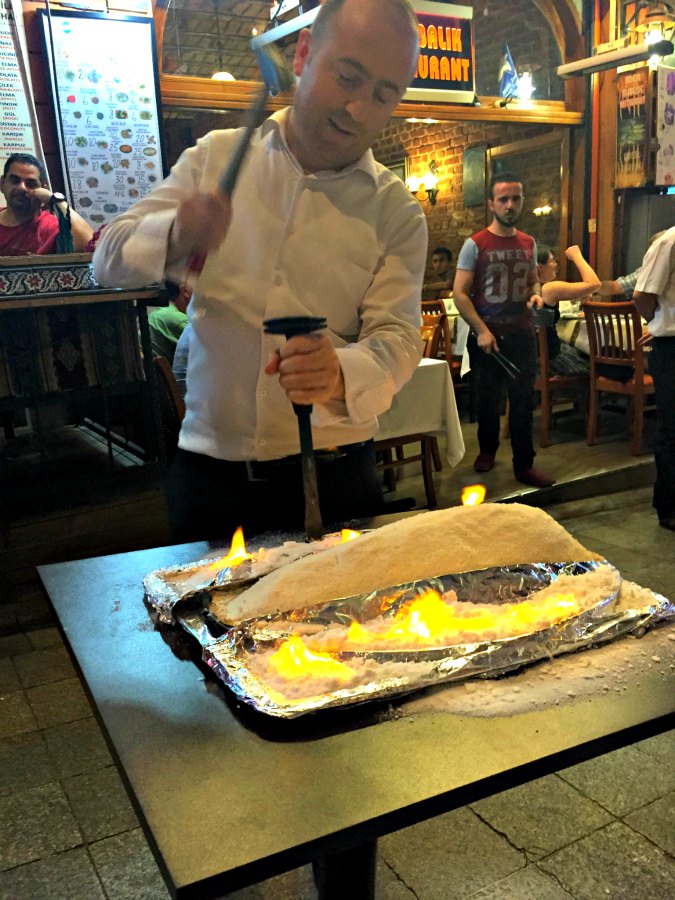 I don’t think the hammer and chisel were necessary, but it was part of the show

We gawked and took pictures and video, just like the small crowd of passerby’s that stopped to watch the event.

The flames were pretty intense, and Jen smiled at the family next to us, waving her hand in front of her face, miming “hot!”

Everyone smiled and laughed, although clearly we didn’t have much of a common language. 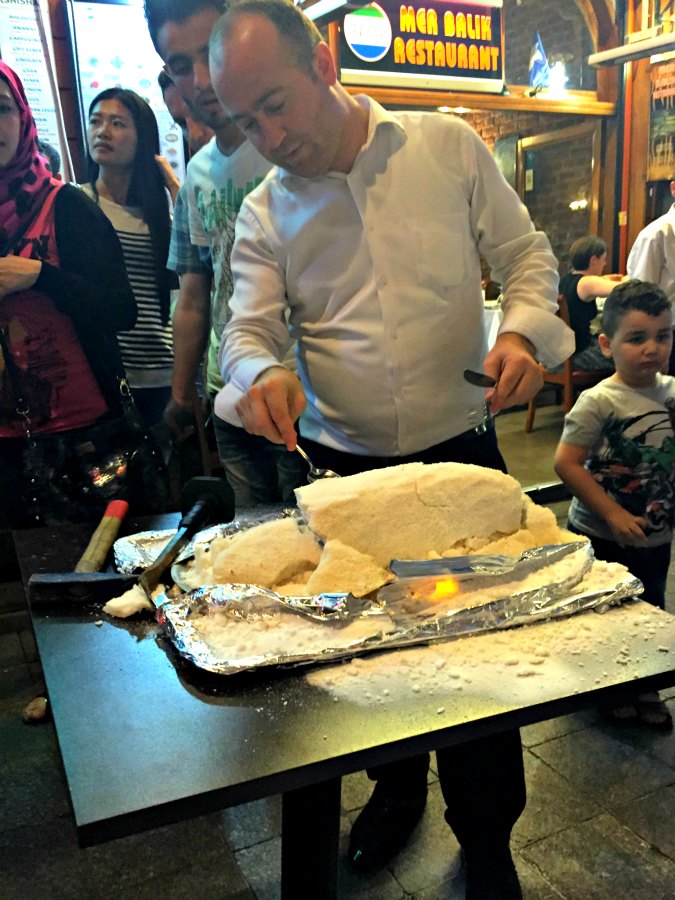 You can see people gathering around to watch the unveiling

How could we refuse….

Once the fish was opened up (it was actually stuffed with shrimp and crab, as well) and plated, the waiter presented it to the table next to us with a flourish, and then cleaned up and brought the cart inside.

Two minutes later the patriarch of the family next to us was at the side of our table, with a plate of the fish, offering us a healthy portion.

We first said “no, no”, but he wasn’t taking a no for an answer, and rather than make a scene, we gratefully accepted the fish. We also accepted and the plate fruit that they pressed on us for dessert.

It was the ultimate in Turkish hospitality.

Just like so many things we found in Istanbul, the people are insistent on one hand but completely infectious on the other.

Quite a nice combination that likely accounts for the raves we heard about Istanbul before we decided to visit. 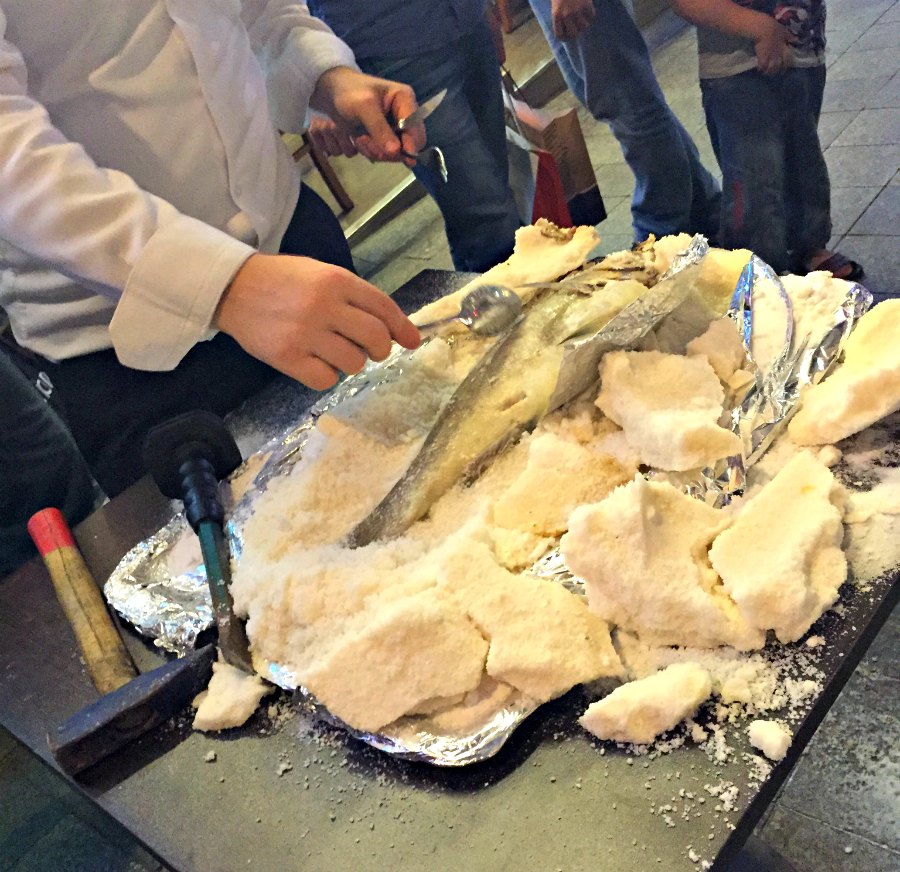 The fish itself revealed

For the record, the fish was delicious – incredibly moist, and not the least bit salty despite the inch thick crust of salt used in it’s preparation. The stuffing was equally good. 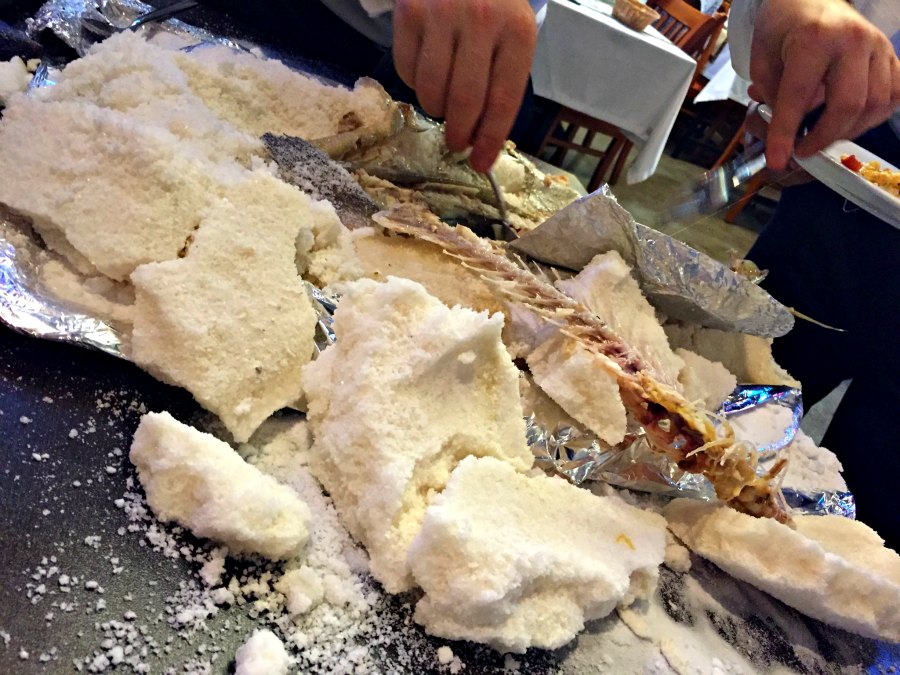 There was a LOT of salt used in this crust.

We shared our pictures and short video with the whole family (since we actually had the better view of the cooking display from our vantage), and making a few new Instagram buddies in the process.

And, because fire is always cool, here’s the video: 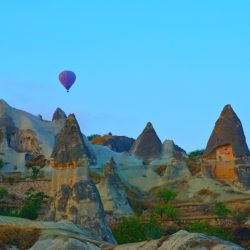 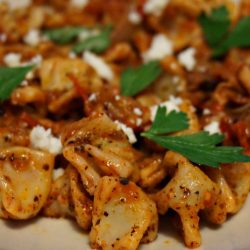 Wow! Quite the culture of food ha?

I'll definitely give this a try if I ever go back to visit Turkey again! :)

I heard about that way of cooking, looks very interesting!

We had almost that exact experience in Istanbul a year ago. I wanted to get the fish after that just to taste it. I"m sure it was amazing. I also loved the puffed up bread. Wish I could have some of that food again right now.