If you’ve never heard of Bandung, Indonesia, you have been missing out. With its volcanoes, hot springs, stunning natural beauty, and bargain shopping, Bandung has lots to offer every visitor. Here are a list of top things to do in Bandung that might just get you packing your bags.

A Little Background on Bandung

Indonesia is the world’s largest island country with over 13,000 islands, at least 150 volcanoes, of which over 100 are still active. Indonesia has the two most active volcanoes sitting inside an area that is aptly named of the Ring of Fire. Bandung is the capital of West Java, Indonesia and is a great place to get an up close and personal volcano encounter. It has a tropical climate with temperatures ranging from an average low in the mid-60’s (C 17-19) to an average high in the low 80’s (C 27-28) making it a great place to visit any time of year. 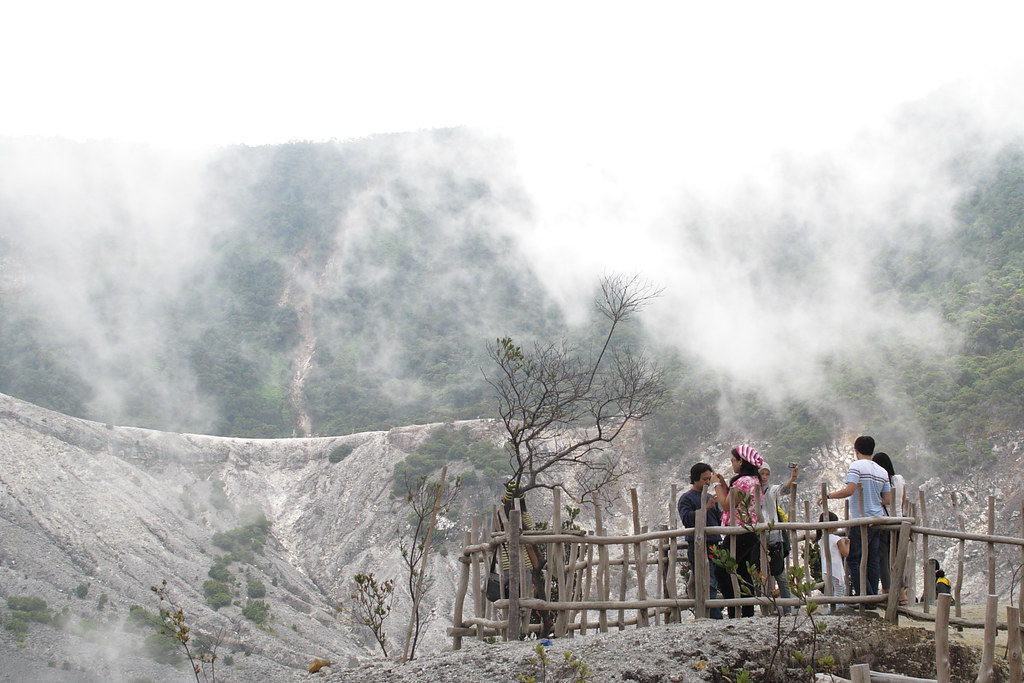 Tangkuban Perahu Volcano is an active volcano that last erupted in 2013. Visitors can either hike or ride to the top to enjoy sweeping panoramic views. They can then peer down into one of Tangkuban Perahu’s three craters to see the geysers and bubbling mud. It is hot enough to boil an egg (which is exactly what quite a few visitors do – don’t forget to bring yours!)

The best thing about traveling in an area that has volcanoes are the steamy hot springs that surround them. Sari Ater is known to have some of the best pools in the area. Relax and enjoy the healing waters that are rich in iodine and sulfur. The springs are located about 30 minutes from the Tangkuban Perahu Volcano and are right in the center of one of the area’s other top attractions: a huge tea estate. 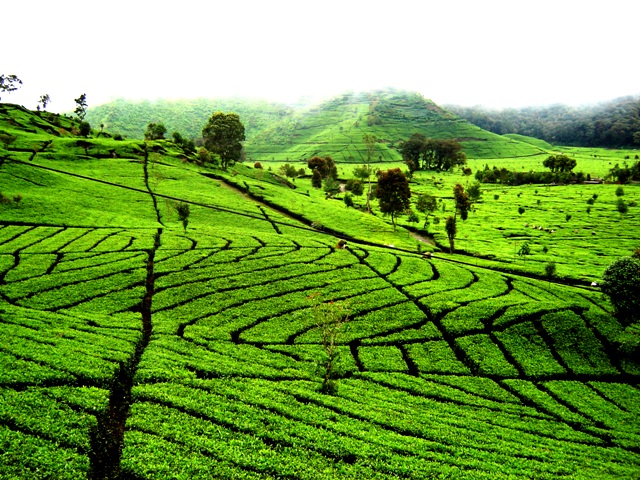 The fertile soil and tropical climate in Bandung make it the perfect area for farming, and one of the area’s popular crops is tea. The natural beauty of rolling green hills of the tea plantations with looming volcanoes in the distance should earn them a spot on a visitors itinerary. Visitors looking for something a little more active can also take in the scenery while biking, horseback riding or even paragliding. 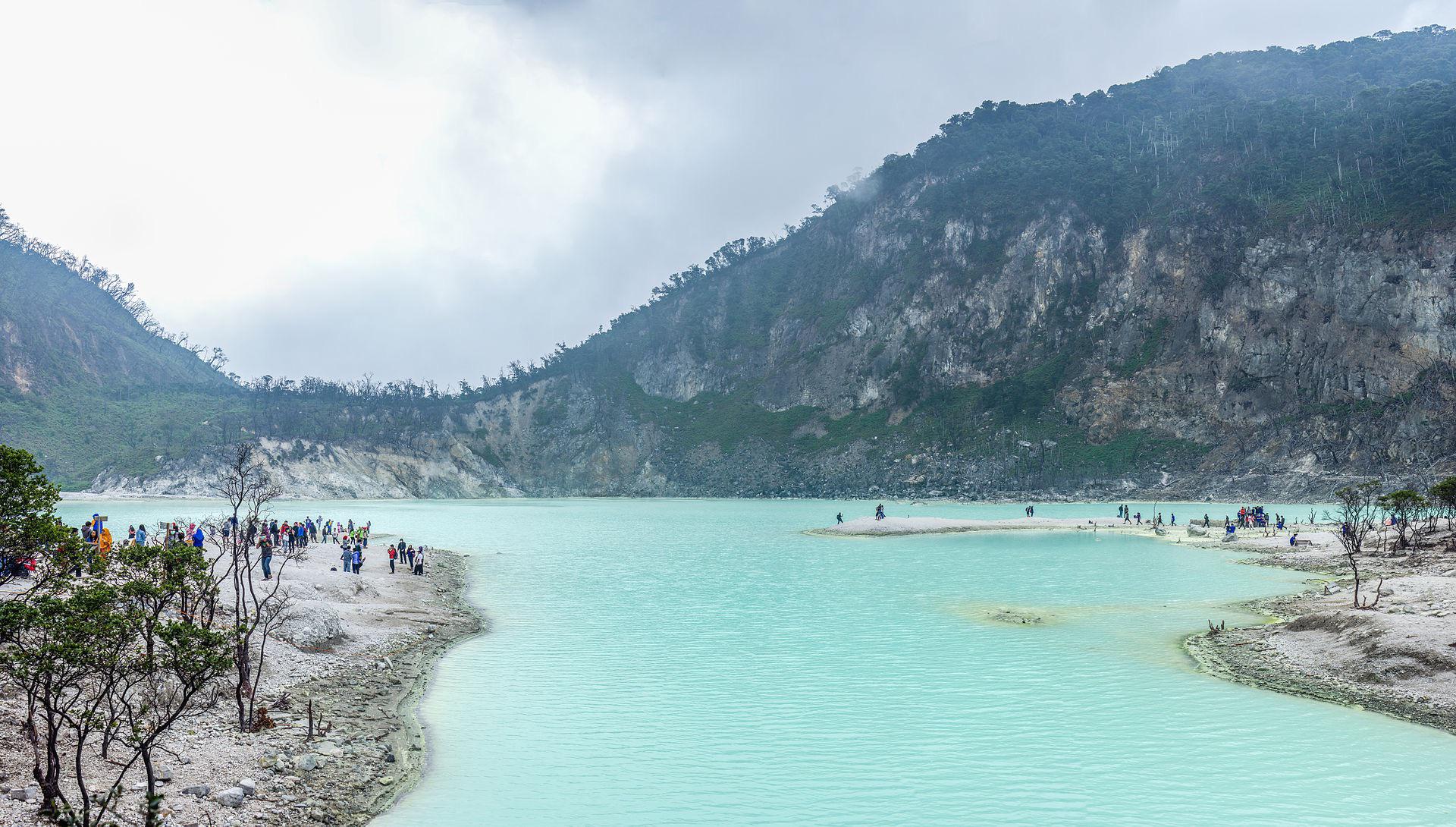 A visit to the Kawah Putih Crater, which lies inside a dormant volcano, is less about the crater and more about the lake inside it. The waters of the lake turn colors depending on their concentration of minerals, but are often a stunning light turquoise blue. Some describe standing next to the gorgeous blue water with the stark crater walls as an almost mystical experience.

Love a bargain? Bangdung is a shoppers mecca with many great deals to be had. Textile factories on the outskirts of Bandung sell what is marketed as rejected or over-produced items. The Pasar Baru Trade Center has bulk textile products where bargaining is expected. Along Cihamelas Street several local designers have shops where they sell their denim clothing, giving the area the nickname “jeans street.” Bring an extra duffel bag in your suitcase to take home all of your treasures.

Patenggang Lake is a nice alternative to city sights and sounds. It is located in Ciwidey Village and is an easy day trip from Bandung. Enjoy the serene lake surrounded by lush green tea plantations.

History and geology fans should make time to visit the Bandung’s Geology Museum. The museum’s collection includes meteorites and fossils, the oldest dating back 3.5 billion years. But the biggest draw is the replica of a T-Rex dinosaur and prehistoric elephant.

Where to Stay in Bandung

When we travel we love to rack up the rewards by making use of loyalty programs. We look for brands with consistent quality, good customer service, and solid loyalty program. Our choice is Hilton. The Hilton Bandung is located about 10 minutes from the airport, has a rooftop pool with stunning panoramic views, and boasts its own spa. Great deals can be found via Indonesia experts, Traveloka.

There are many transportation options include taxis, public minibus (called angkot), city owned buses (called DAMRI), railway, and international airport. But to get to some attractions it is easiest to rent a car, which are generally pretty affordable. As always do your homework before you go!

Related articles about travel in SE Asia that you might enjoy:

The Best Malaysian Food in Penang 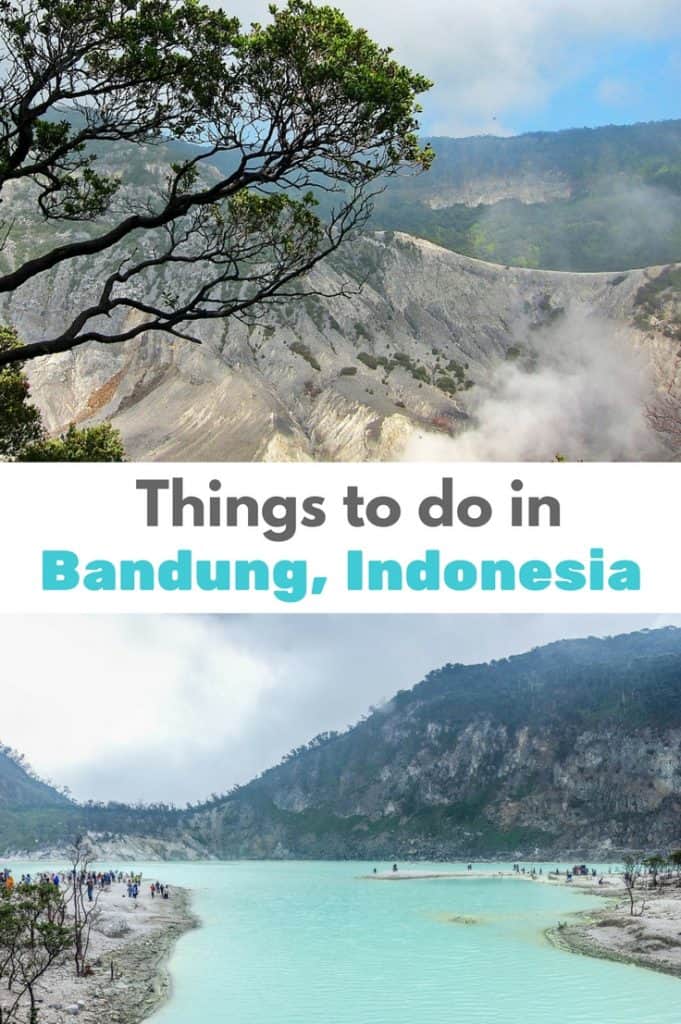