Parque Ecoturistico El Salado is a lesser known park in Medellin, Colombia — so much so that during our day trip there we only saw a handful of other people wandering around.

With what we found when we got there it was hard to figure out why. 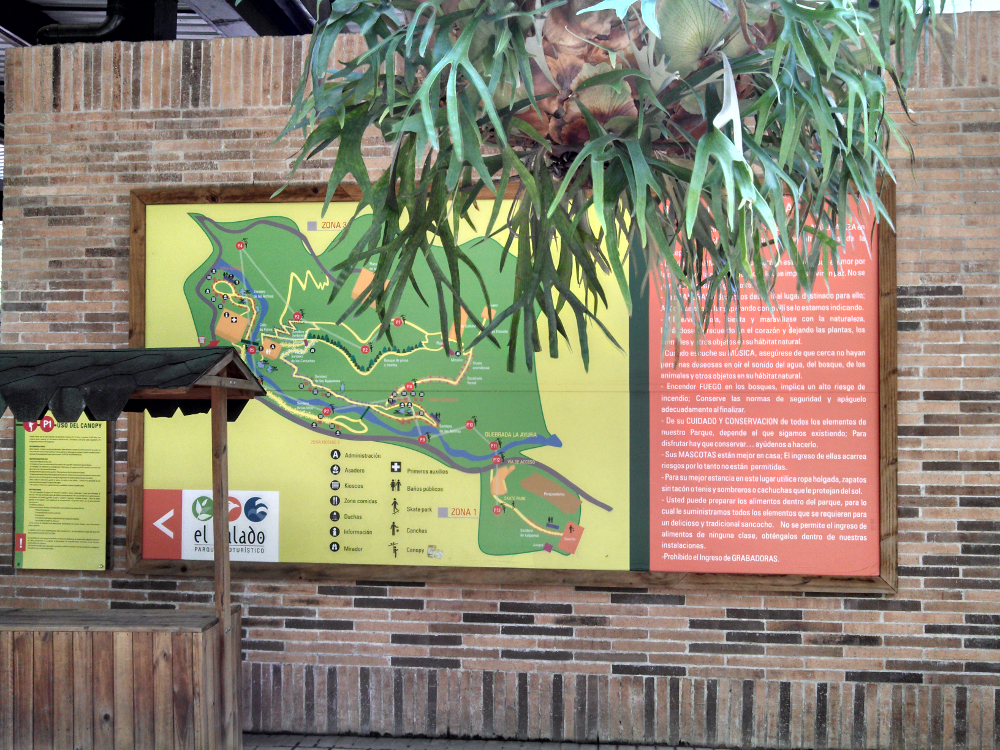 The park isn’t difficult to get to.  Take the metro to the Envigado stop and jump on one of the green buses with the words “El Salado” on the front.  Not so tough.

Although I will admit that the driver seemed to think that the min-bus he was riding was actually a go-cart.  Kinda steep around that corner, don’t ya think?

And are you sure there is room for 2 buses passing each other on this narrow road with space to spare for the motorbike passing in between? Since the only screaming on the bus was happening inside my head I must assume that this was the norm.  S

ean, who was seated by the aisle, said he only almost fell out of his seat once and he didn’t think the ride was all that bad.  Ok, matter of opinion.

We found our way to the entrance and poked around looking for someone to let us in.

After a few minutes a man came running up the path and sold us 2 day passes at $1.40 each.

You could pay extra for the zip line which we skipped. 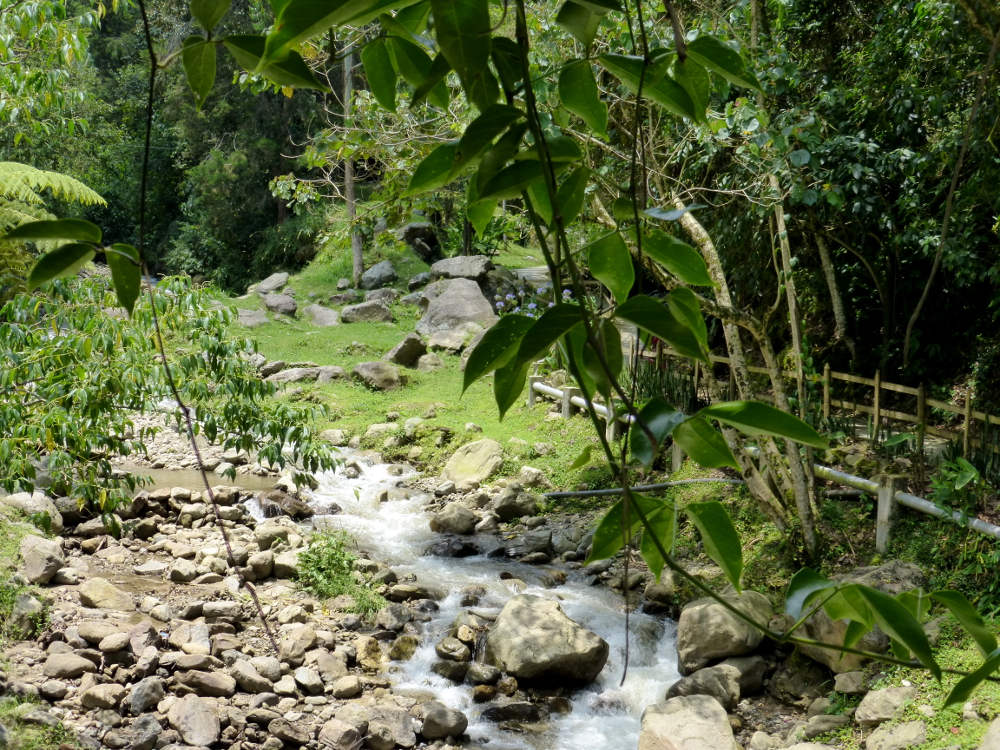 Directly inside the park we were greeted by a beautifully landscaped path with a stream running along side.  Stunning!

The stream has some deeper spots that were suitable for swimming, but make sure you bring the waterproof stuff. We kept walking along and found some huts complete with picnic tables.

Close by was a store advertising makings for a local stew called Sancocho.  They apparently sell  you the kit with kettle, chicken, veggies including corn, yucca, potato, carrots and other veggies.

Next to the hut there were fireplaces for cooking up the soup.  No takers on the day we were there, but I understand that there are a lot of takers on weekends. 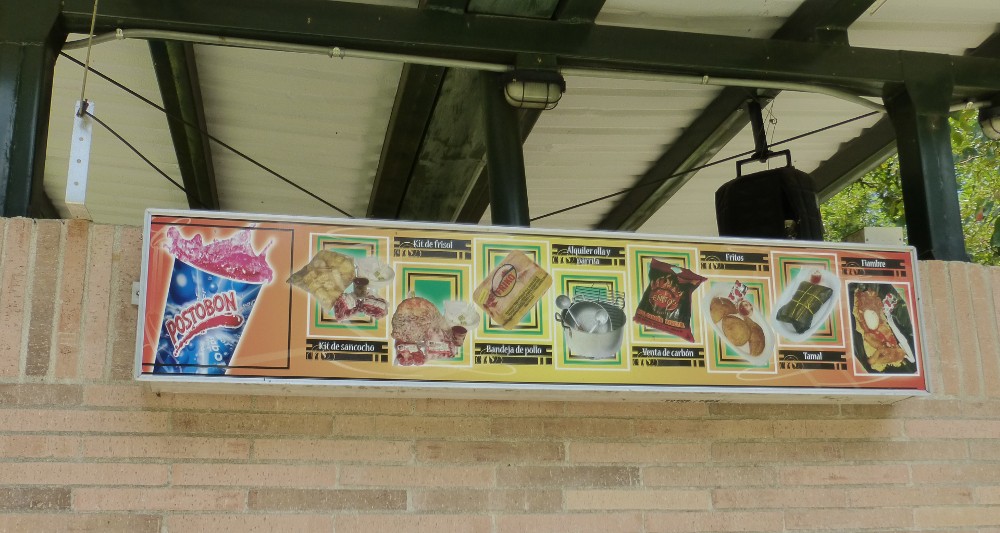 We wandered through the park up to the “miradors” (look-out spots).  The park is landscaped throughout with great paved walking paths through the entire route.

There was also a restaurant that sold typical Colombian cuisine, which was empty aside from staff eating their lunch. 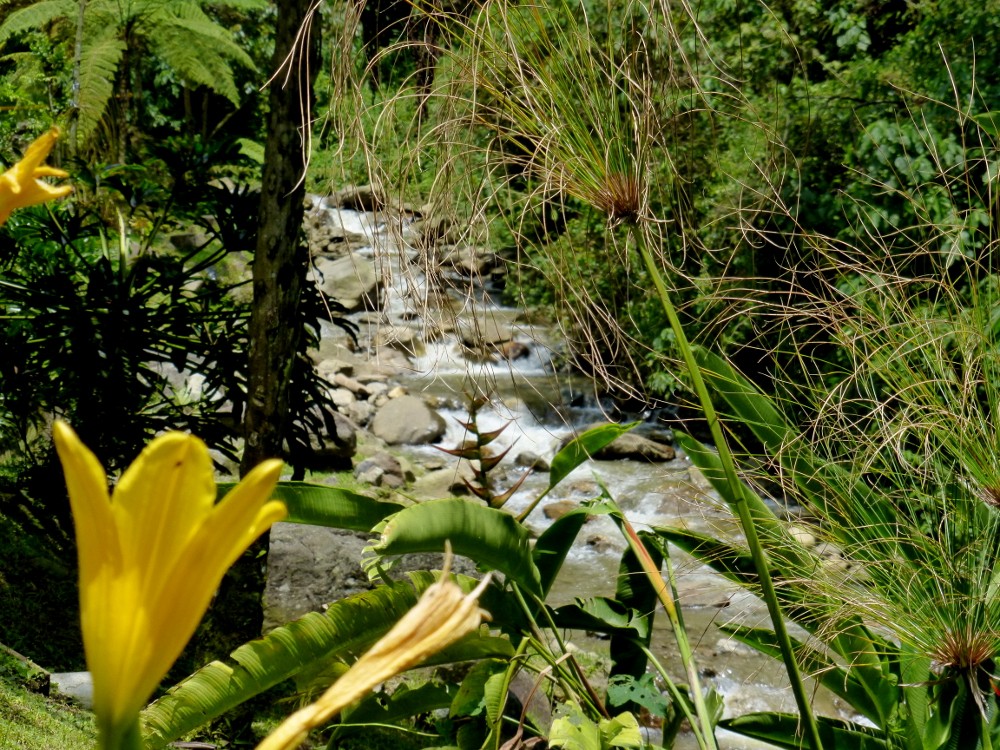 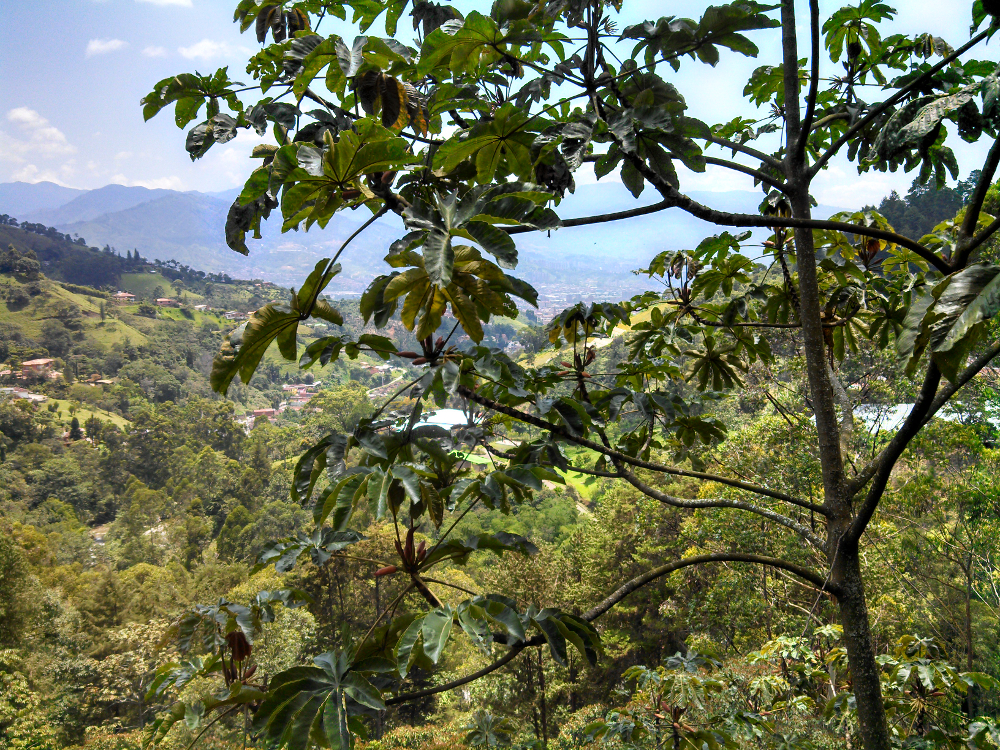 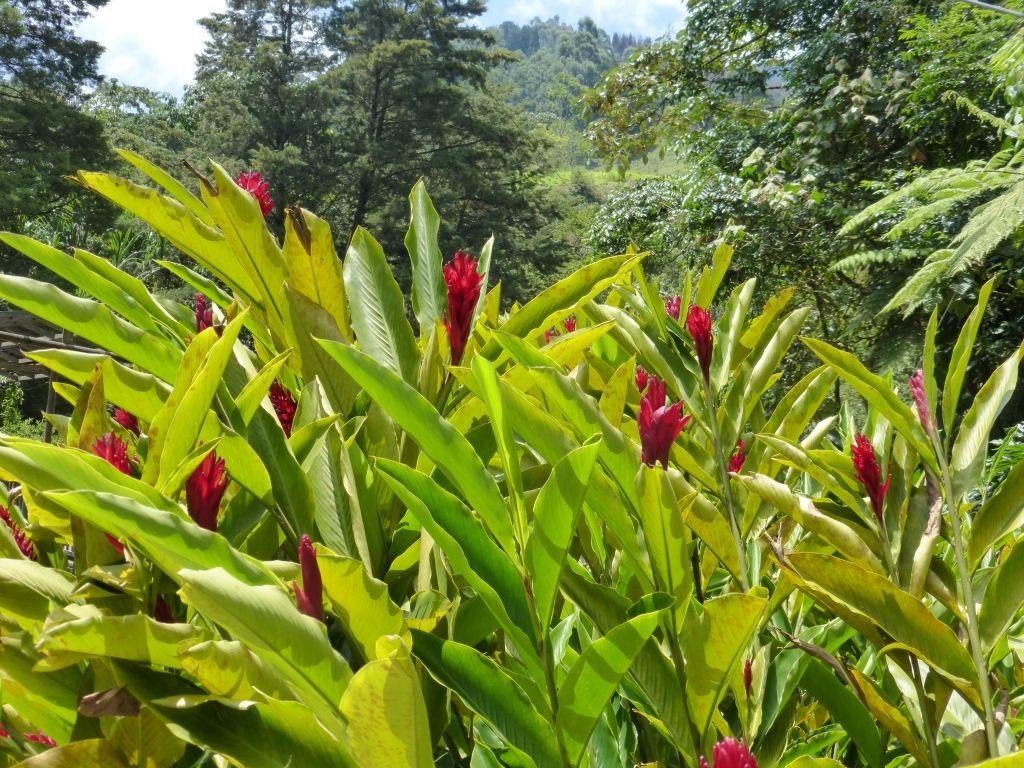 We meandered further and stopped at a hut for a rest.  We found a few staff members doing the same, having abandoned their trash cans in favor of a nap. 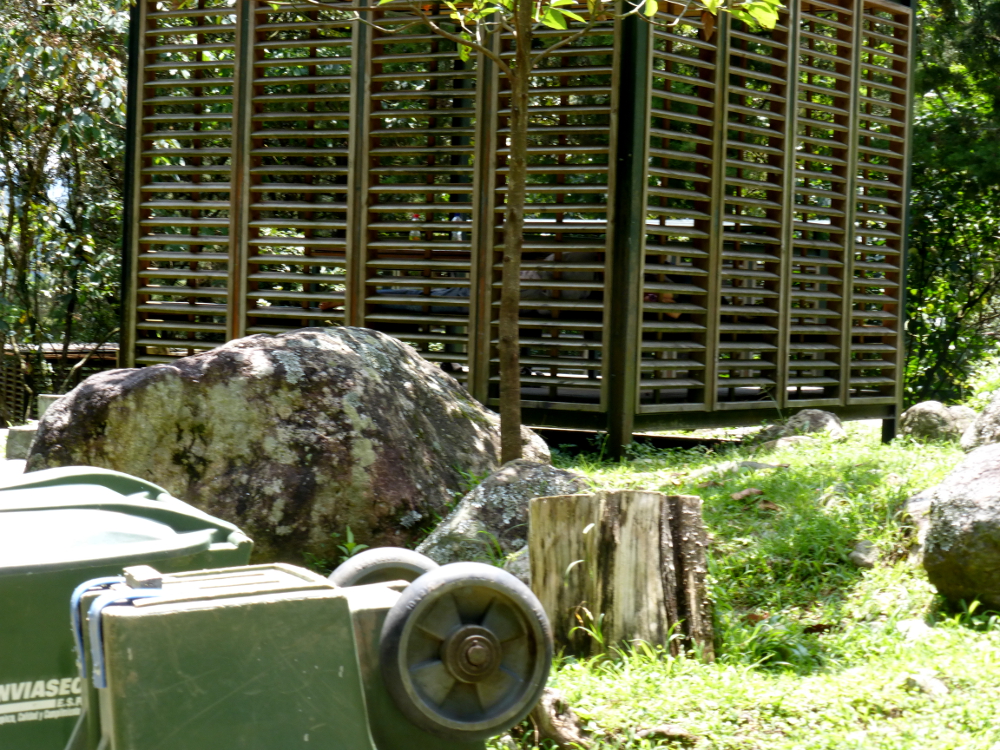 The park is apparently much more crowded on the weekends with local families who want to relax, cook, socialize and swim for the day.  As of this writing El Salado still qualifies as Medellin “off the beaten track”.

From what we could see from our visit this likely will not last. 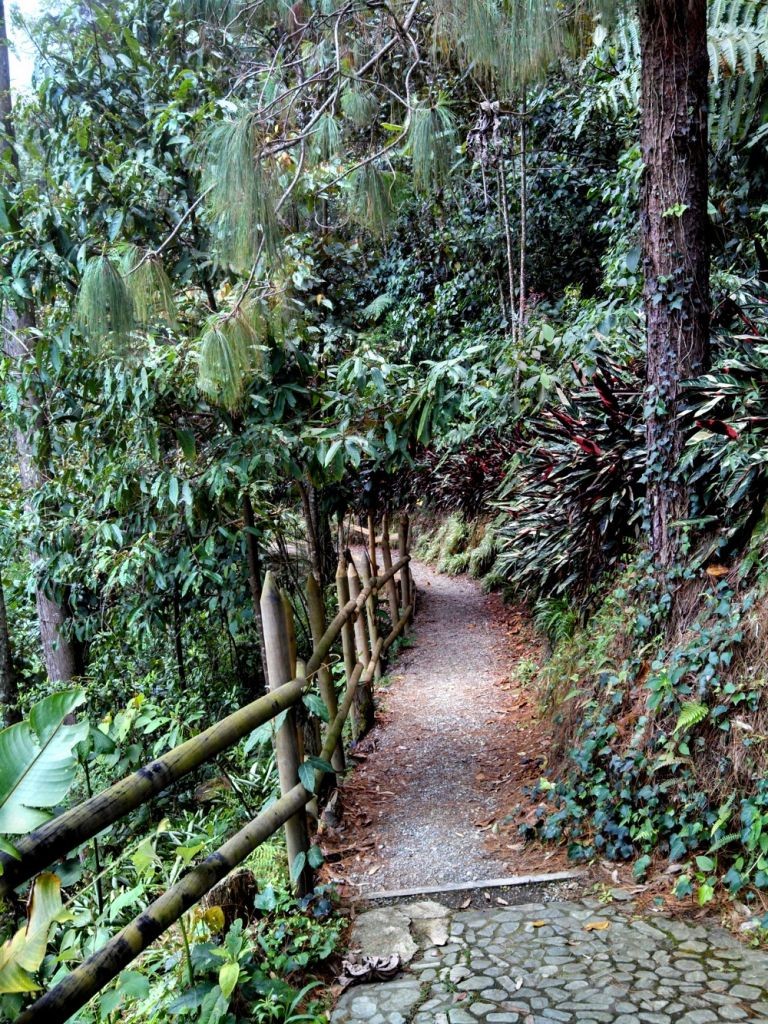 A Day In Medellin Colombia

Soaring Above Medellin – A Paragliding Adventure

A bit of peace in the city, looks lush! About as green as the view I have in front of me just now. Typing from the coffee triangle, Salento (or on a ranch just outside the town). This is the life! Isn't Colombia just the bee's knees?