I consider these Sulguni Cheese Stuffed Mushrooms as a gateway “drug” to Georgian cuisine. And that’s saying a lot, because Georgian food is some of the most unique and delicious that we have experienced.

When I told friends and family that I planned to visit the Former Republic of Georgia, many admitted that they had either never heard of it and or needed to look on a map to figure out where it was. Georgia is a Eurasian country nestled between Russia, Armenia, Turkey and the Black Sea.

It was part of the former Soviet Union and gained its independence in the early 1990’s during the collapse of communism. With the exception of a brief invasion by Russia in 2008, the Republic of Georgia has enjoyed relative peace.

Pin the Recipe for Later! 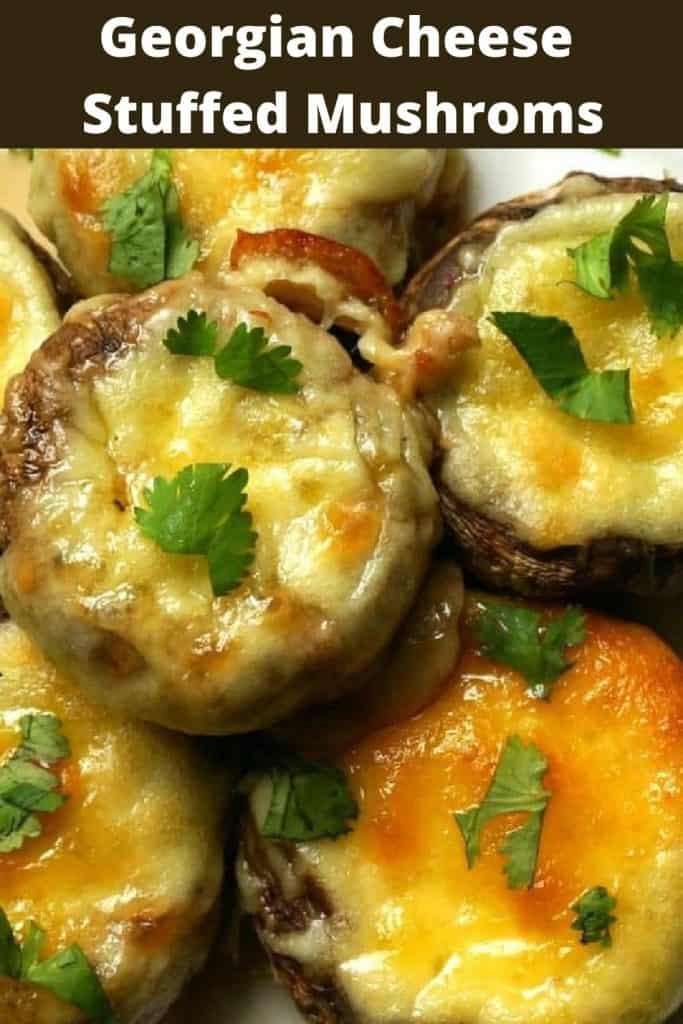 Georgia is a beautiful country which has been relatively untouched by tourists, generally inexpensive with a very easy going attitude. Which is probably why we have heard from many people that after they decided to come for a visit, they ended up never leaving. But one of the very best reasons to visit Georgia, in my humble opinion, is the cuisine.

The food that Georgia is most famous for is laced with butter, cheese and more cheese. Georgian’s feast on savory dumplings (Khinkali) and fluffy loaves of cheese stuffed bread (Khachapuri) served alongside grilled or roasted meats and washed down with liberal amounts of homemade wine. No wonder people decide to never leave once they have gotten a taste of Georgia.

These Sulguni Cheese Stuffed Mushrooms are traditionally baked in shallow round red clay pots, which are called “ketsi.” They are used to make many baked Georgian dishes, such as another personal favorite, Shkmeruli, Chicken Baked in Milk with Garlic. 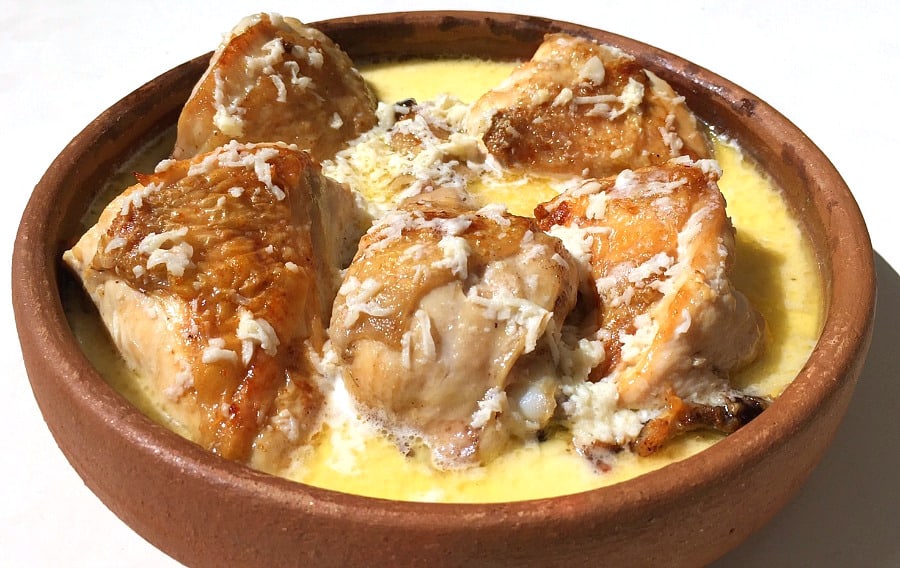 The innocent enough mushroom caps have a good dose of butter and are topped with one of Georgia’s classic brined cheeses, called sulguni. Round wheels of the cheese are sold in tiny shops and markets everywhere. Once baked, the stretchy cheese with its slightly salty and sour flavor is completely addictive.

Don’t worry, if you can’t find Sulguni cheese, you can substitute it with an aged mozzarella or provolone cheese for the purposes of this recipe. As with most Georgian food, the stuffed mushrooms are perfect to share with a group of friends with some crusty bread – and all of the sudden, the party has started!

Considering a trip to the  Georgia? Check out our recommendations about amazing things to do in Tbilisi, Georgia, including great day trips from Tbilisi, Georgia’s capital.

Here are some additional Georgian recipes that you might enjoy: