The thousand-year old city of Melnik has been a gathering place for royalty since its inception. A short visit there from Prague quickly reveals why this very quaint town became a favorite of queens over the centuries.

It also remains the home of Czech Republic royalty even today. But no story of royalty goes without some mention of tragedy, scandal and redemption, and Melnik is no exception. 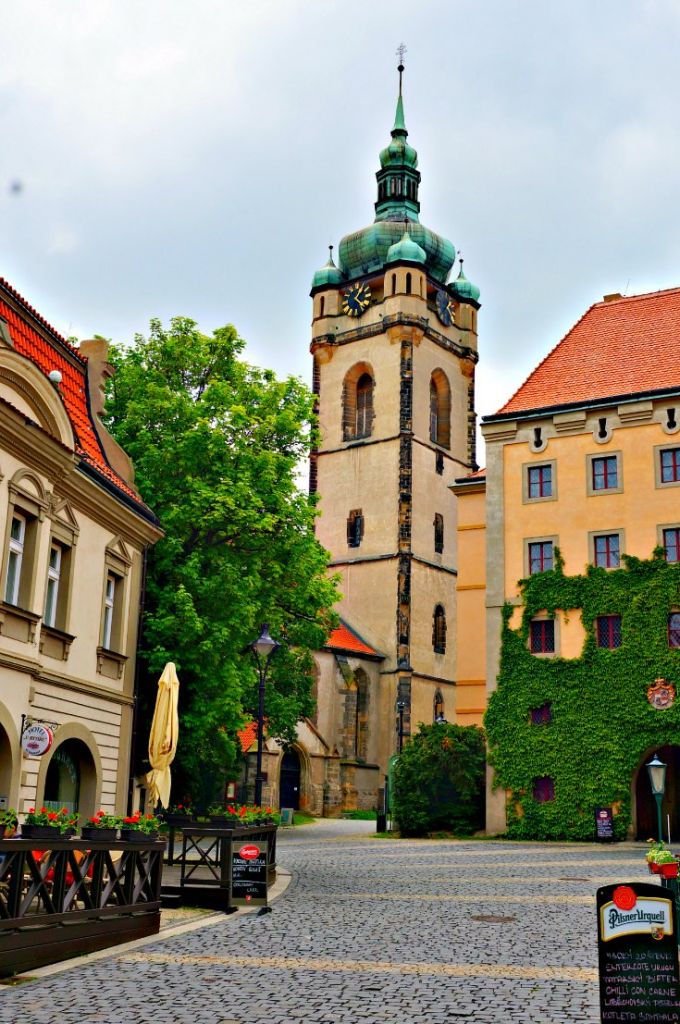 Melnik had the distinction of being named a Dowry Town in the 1400s. These were the towns known for being the most beautiful in the region, that were given by the king to his queen.

Dowry towns were an important place for both refuge and income that the queen earned through taxation.

The unfortunate side of this was that over time Melnik became the sad residence of queens and princesses to be sent to live following the deaths of their husbands. That fate also gave rise to several characteristics of the place that continues to  make it one of the most picturesque areas to visit on a day trip from Prague.

The town of Melnik is home to only 19,000 residents, which includes the Czech Republic’s royal Lobkowicz family. As you can imagine, as the home for royalty over a span of hundreds of years the place does not look run-down.

A stroll around the town reveals narrow cobbled streets and beautifully manicured lawns. All with the backdrop of a lush growing area situated on the confluence of the rivers Labe (Elbe) and Vltava.

The town’s main square is brightly colored in the fashion that became popular after the fall of the iron curtain where every effort was made to remove the uniform gray buildings and mood that came and left with the end of communist rule. 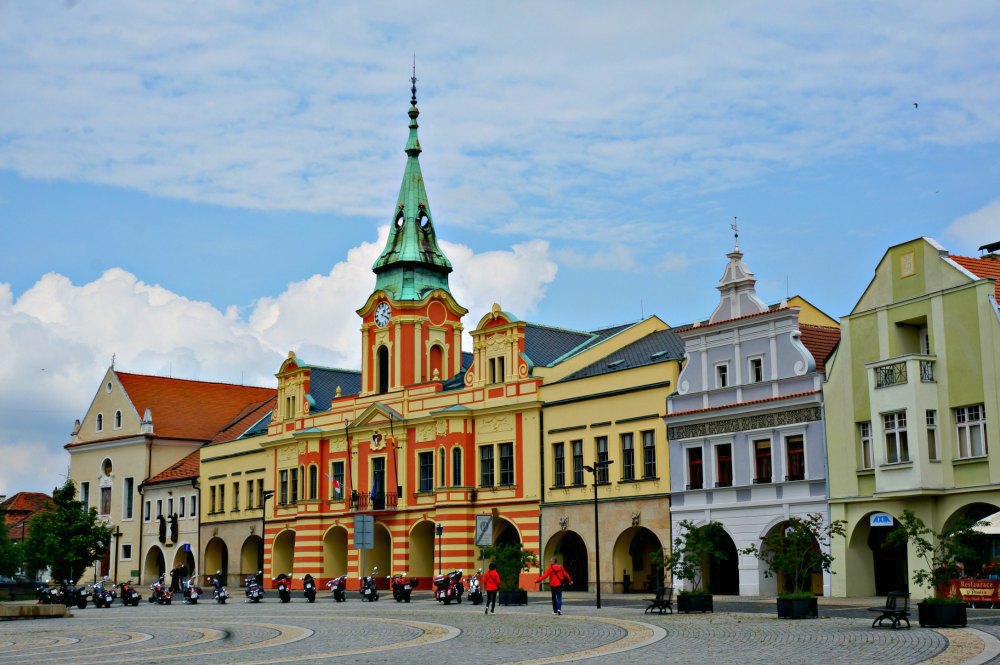 Every Queen Needs A Castle

At the end of World War II, the communists took control of the country and members of the aristocracy were forced to flee, leaving their land and possessions behind.  After the end of 41 years of communist control, the Lobkowicz family returned from exile and regained ownership of the Melnik Castle.

Jiří­ Lobkowicz and his wife Bettina were able to move back into the castle in the early 1990s and began the arduous process of restoring the property. You can visit it now and enjoy its stunning views, take a spin on the dance floor, sip wine in their private cellar.

You can also view an expansive art works including one of the world’s most impressive collection of hand-drawn maps dating back to the 17th Century. 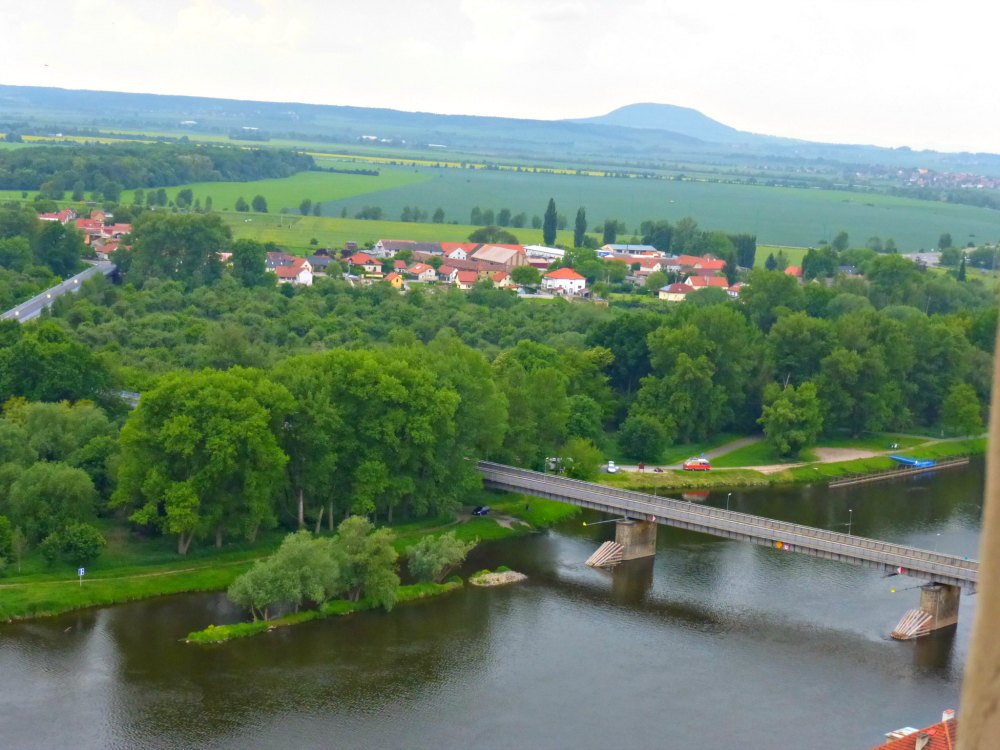 What you can’t do in the castle is visit with Bettina, who was unfortunately replaced by a much younger opera singer and is now the current wife to Prince Jiří­. Not taking her dismissal lightly, Bettina took her sour grapes and moved away – but only by a few hundred feet.

Let there be wine!

The former princess took the knowledge that she gained in running the palace and overseeing the family’s famous wine production just down the street. She is now overseeing her own successful winery where you can meet her and taste her revenge.

While in Melnik, we of course visited her Mělnický košt winery. And I have to say, revenge tastes pretty good. 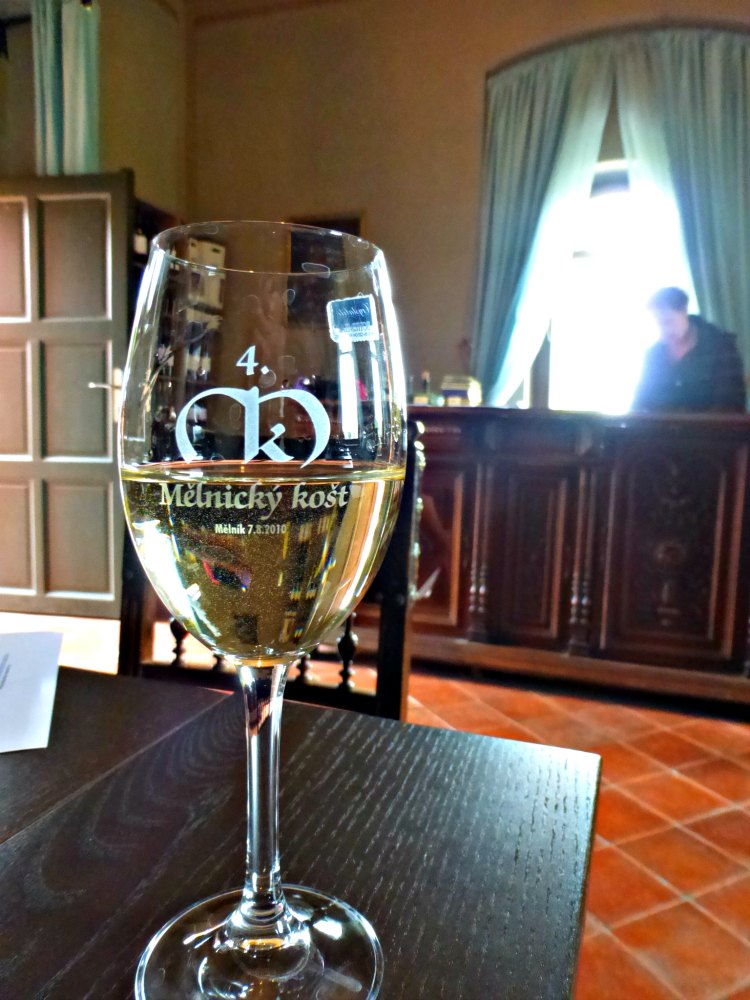 Getting to Melnik from Prague

Melnik is easy to reach from nearby Prague. Trains depart from Praha Masarykovo to Mělník regularly, and will only cost a couple of dollars.

To to travel by bus, take the subway to Ládví station, and from there catch the bus to Melnik (about 40 minutes).

If you have a rental car, the drive is very pleasant as well.

Inspired to plan your own visit to Melnik? Pin it for later: 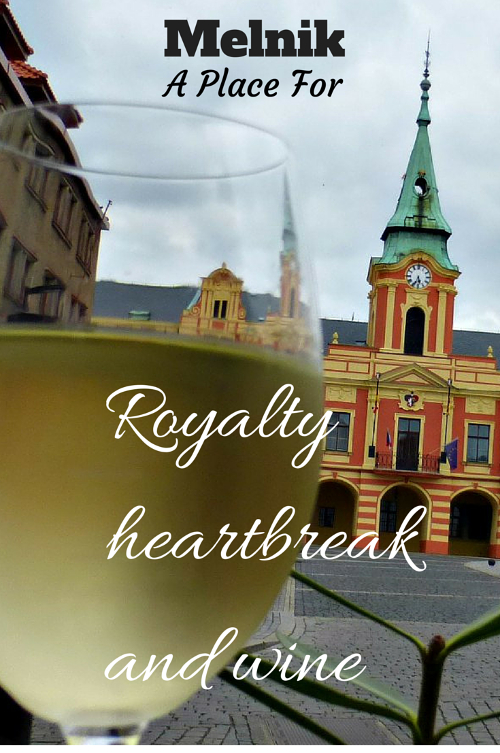 Here are a few related posts about travel in Prague that may just inspire you to consider a visit! 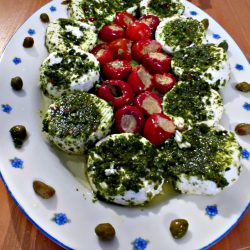 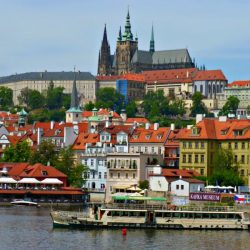 Thanks to JayWay Travel, specialists in custom tour packages to Central & Eastern Europe, who sponsored our time in Prague and introduced us to Melnik. As always, all our opinions are our own.

[…] located in Casa Marcello, one of our partner hotels. Continuing the wine theme, we took them forÂ a day trip to Melnik, a small town that lies at the confluence of the Labe and Vltava (Elbe and Moldau in German) rivers […]

Seems like a really nice little place! And I'd like to try the 'heartbreak wine'... but will it bring me good or bad luck? :)

I would love to discover this gem and try some of those wonderful wines some day!

Ha I loved reading about the love-and-revenge story :) This place looks interesting, and the view from the castle is stunning!

Everyone should go have wine with Bettina! What a great story.