In Budapest, the Jewish Quarter is where everything is happening: the old ghetto (which had fallen into decay over the years) has transformed more recently into a mishmash of new buildings, upscale restaurants, and wine bars.

And of course, the famous Ruin Bars – places that have cropped up in abandoned buildings that are the very definition of how one person’s trash becomes another’s treasure. Around every corner in this district you can see reminders of the city’s tragic past intermixed with playful and creative artwork and examples of a vibrant emerging food scene.

But not all of the trendy new places in the Jewish Quarter are easy to find. Some of them lurk inside dark passage ways or behind doors that give no clue as to the treasures within. We decided to explore the quarter the same way locals and visitor alike do: with a Pub Crawl.

And, in order to make sure that we were able to unearth the best sights, bites and stories, were entrusted our crawl to local guide, Livia. She grew up in Budapest and is passionate about helping visitors see and sip their way through the city. And, after a little (or a lot) of sipping in a new place, having a guide was probably a good idea. 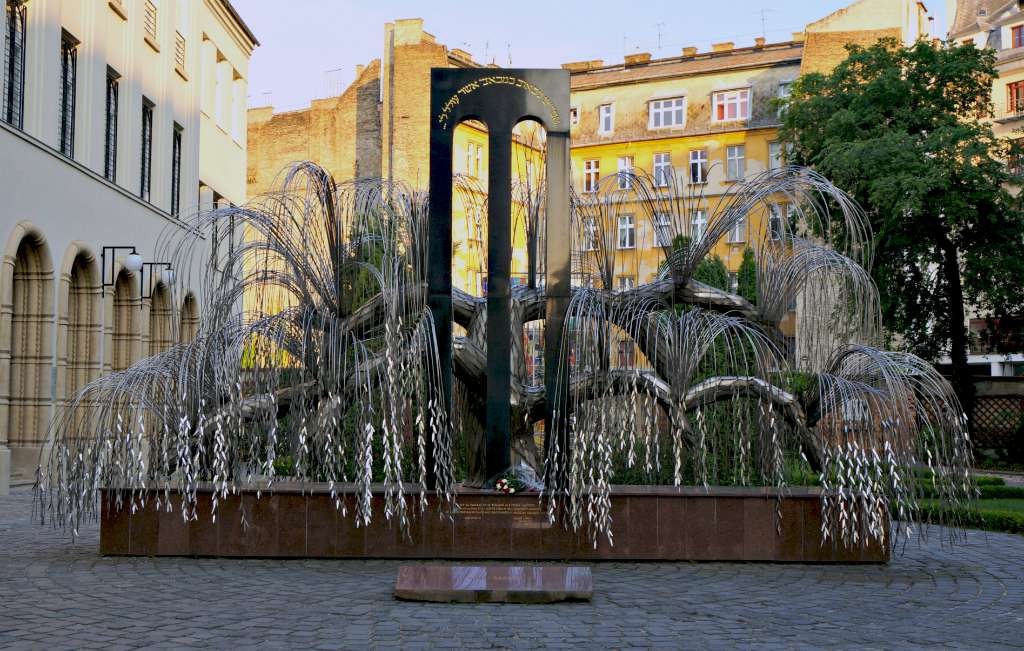 Our crawl started at the Great Synagogue on Dohány Street, which is the largest synagogue in Europe (and second largest in the world). The beautiful building that was built in Moorish style, making it stand out in contrast to the surrounding buildings.

Much of the grounds of the synagogue are devoted to the Jewish Museum, and the area around the building contain memorials to those who died during World Wars I and II. At the back of the building, resembling a weeping willow tree, is another memorial called the Tree of Life – each metal leaf is inscribed with name of a Hungarian victim of the Holocaust. This statue was a gift from Tony Curtis, whose family emigrated from Hungary.

This was a somber backdrop for all of the whimsy that is evolving in the quarter. The fact that they coexist makes both realities stand out just a little more. It’s a lot to take in. After spending some time silently contemplating we headed down the street to our first drink stop, a very nice wine bar called Doblo. 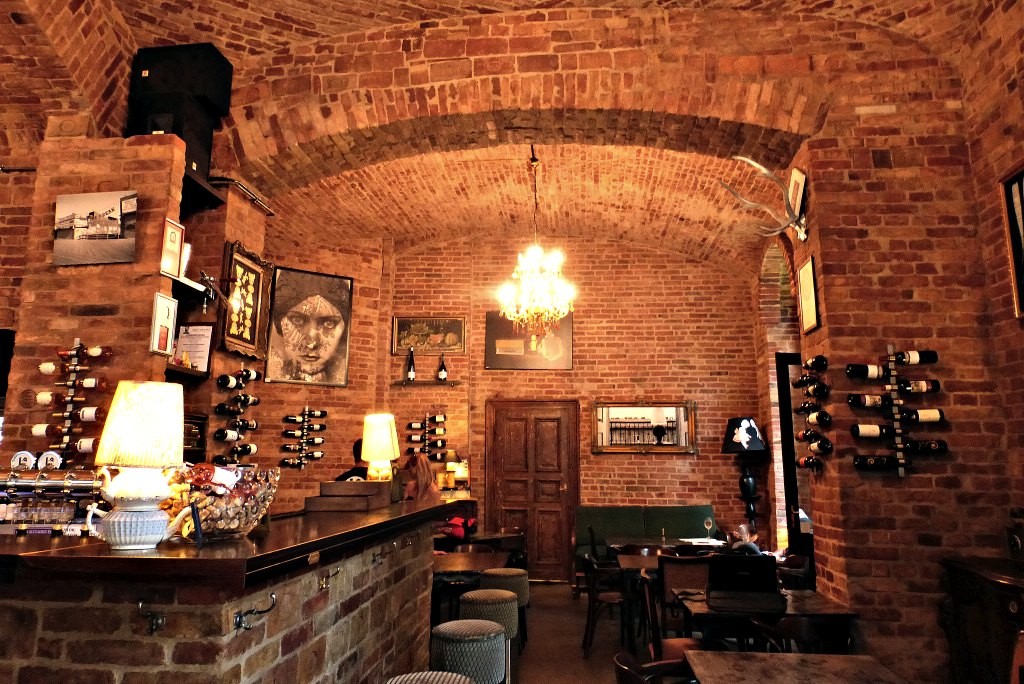 Unlike its European neighbors, Hungary never developed a drinking culture around beer. Instead, with over 22 distinct wine  regions throughout the country, each with their own unique grape varieties, wine is the drink of choice.

At this wine bar, we sampled a couple of very nice nice glasses, with our waiter explaining the details of the region and the grape variety for us. We hadn’t had much experience with Hungarian wines, and were pleasantly surprised.  I think that with some more marketing on the international front, Hungary could be as well known as Italy, France or Spain for their wines.

We could have lingered in the bar for a while, sipping a way and enjoying the eclectic atmosphere but there was so much more to see. This stop was just a beginning, so we headed back out to the streets to enjoy some of the artwork there on our way to the next bar. 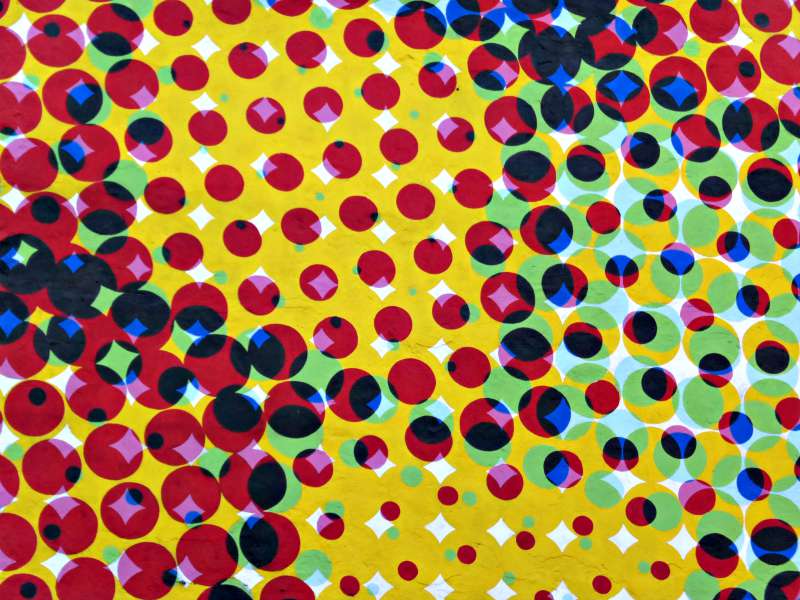 Out in the street, we checked out some of varied artwork that appear around every corner in the Jewish Quarter. In addition to various sculptures and plaques commemorating historical moments and political events, there are some more whimsical items.

On the outer wall of one building was a tribute to particularly well known contribution to the world by a Hungarian inventory: the Rubik’s cube. The painting is made just of small circles creating the larger image, and if you look too closely, you can’t see what the subject of the painting is. A little maddening, just like the original cube. 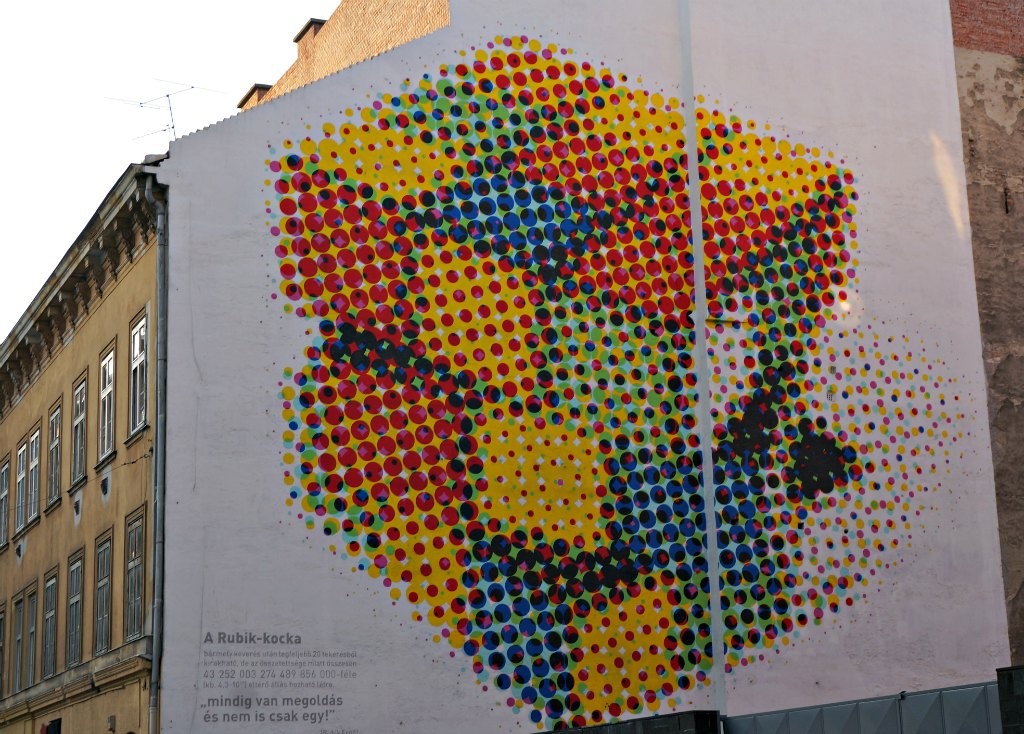 Another wall painting depicts the “Match of the Century”  –  particularly famous football game in which the Hungarian team bested the undefeated English team. The fact that this games took place over 60 years ago, and is still remembered and memorialized, says a little something about the obsession with the sport here. 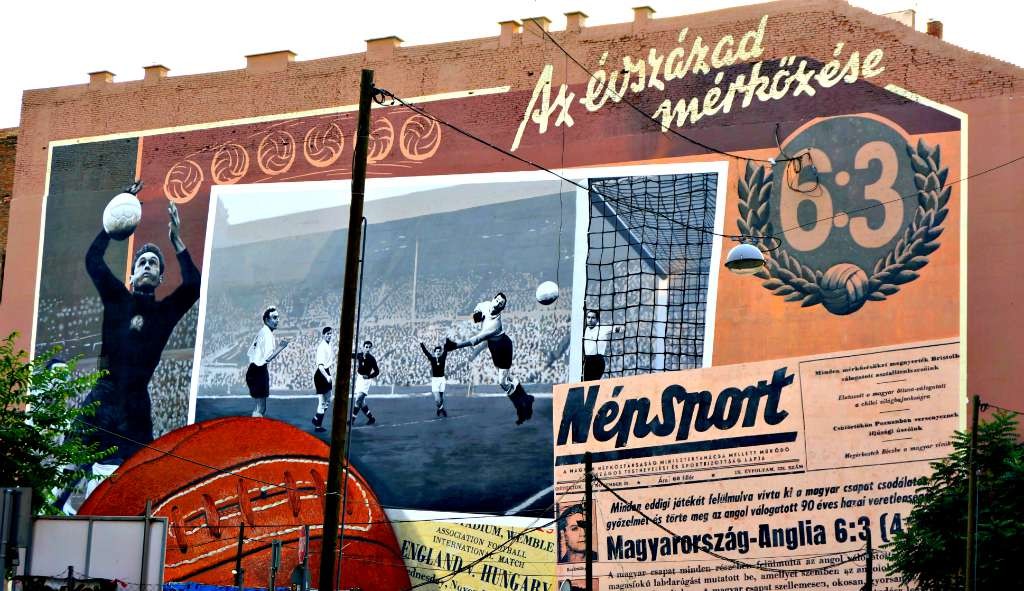 While the street art was fascinating, we needed to stay on task, so we were off to our next stop: Szimpla Kert, one of Budapest’s famous Ruin Bars. When researching the city, it doesn’t take long to hear about Ruin Bars. This phenomenon started about 10 years ago, when entrepreneurs decided to take over a derelict, abandoned building, decorate it with whatever was on hand, and invite people to their open air pub. The cool, quirky atmosphere was a hit, and many new bars followed suit. 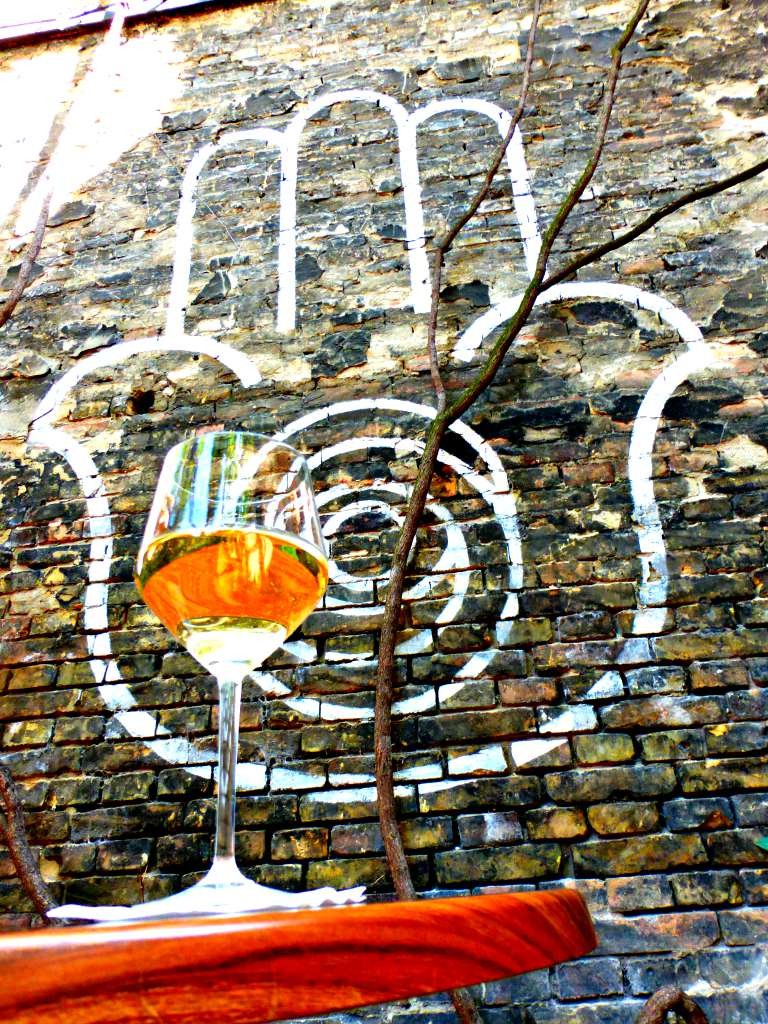 Each ruin bar is a little different. Many have a “theme” (we saw one based entirely on children’s toys, as well as a very weird “enchanted garden”) while some seem like a complete hodge-podge of whatever interesting junk the owners could find, randomly stuck to the walls making you wonder if there was some sort of drug-fueled artistic expression involved.

Ruin bars come in every variety, from very specifically themed to chaotic and random; some are modern and sleek, and some can be almost creepy with their strange decor.

Szimpla Kert was one of the first, and arguably the most famous. Certainly, if you ask anyone which ruin bar to visit, this one will be on the list. We sampled some dry Rosé wine while exploring the weird and chaotic interior of the pub.

Next to Szimpla is the Karavan Street food court, an open air food court with semi-permanent food trucks. They serve everything from barbecue, to Thai food, to sausages. But, what we really had to try was the Budapest’s ultimate street food, Lángos – their answer to fried dough. 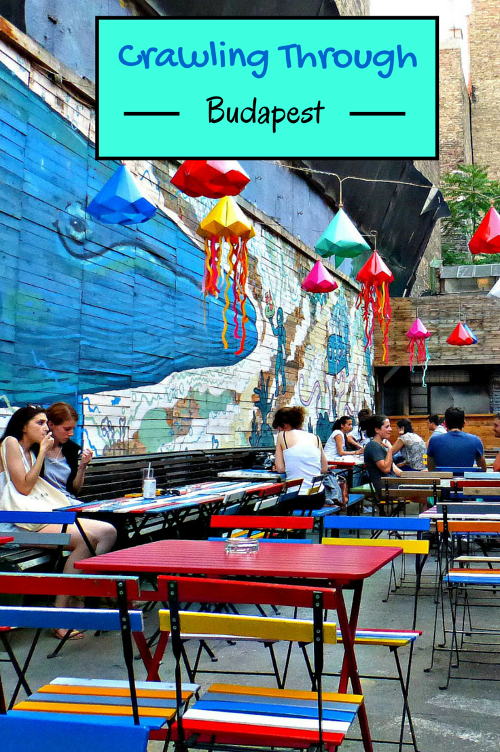 The Lángos stand advertises all sorts of different and interesting items to top the yeasty, deep-fried dough, but the locals stick with tradition: garlic and sour cream. (Hint: if you’re eating with friends, you need to make sure that everyone has some — the garlic packs a punch).

One of the tricks to finding ruin bars if you don’t have a local guide is to explore open doorways of old buildings and see what’s inside. We ventured down an alley I would have otherwise walked by, and found a Mexican-themed ruin bar, where Livia introduced to a very non-Mexican drink, Pálinka. We were instructed (and followed) the recommendation to drink the potent liquor in one shot. Having accomplished this, Livia proclaimed us “True Hungarians.”

Another (maybe less) famous Hungarian invention is the Spritzer bottle. The Budapest locals still put the distinctive bottle to use ordering a bottle of wine to mix with the soda water to make wine spritzers, called Fröccs. Of course, since we were living like locals on this crawl, we needed to do the same. This very refreshing drink is great on a hot day, but I’m not sure.

I know, there are different drinking customs all over the world, and it’s always best to go with the local flow — but, c’mon…mixing good wine with water? But that said, the Hungarians love them. And having a watered down drink at this point wasn’t all together a bad idea.

One of the nice things about being shown around by a local is that you get introduced to things you would never have found on your own. Toward the end of our walk, Livia brought us to a locked gate off one of the main streets, and keyed a code into the electronic lock.

She ushered us in, once opening the door, and toward the back of the building. We walked through a dim tunnel, and on the other side, found ourselves facing – a wall. Livia explained that this was one of the only remaining sections of the original walls surrounding the Jewish ghetto, and it exists just in the back of privately owned building. It felt like we had come full circle. 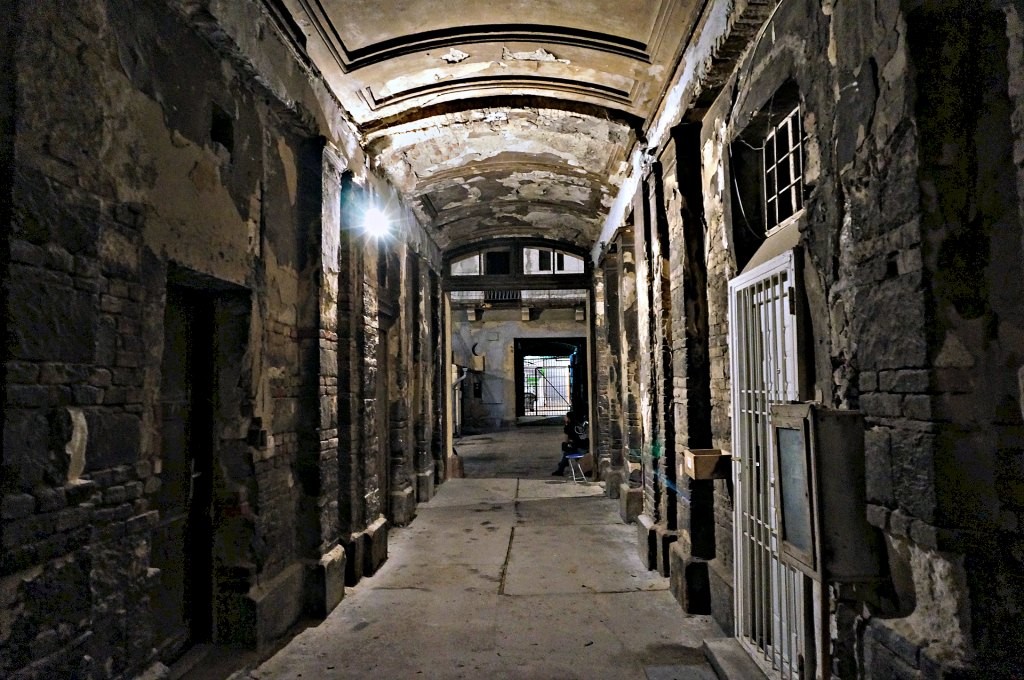 After one last stop (more wine) we finished our pub crawl not far from where we had started, and incidentally not a very far walk (stumble?) from our apartment. There were quite a few other places of interest that Livia showed us along the way. It was a great way to spend an evening in Budapest – just giving us enough of a taste for the place!

Ready to do your own crawl? Budapest is incredibly easy to visit. Plenty of low-cost airlines provide cheap flights from many locations in Europe. The city is also a comfortable trip from nearby countries by train. We prefer taking the train, partly because it’s more comfortable (and you don’t have to deal with airport security), but also because you can book an overnight train and skip a hotel stay. In fact, night trains are one of our favorite ways of getting around Europe in general.

If you’re interested in discovering more about things to see, do, and eat in Budapest (including a few Hungarian recipes, treat yourself to a few more posts to feed your curiosity: 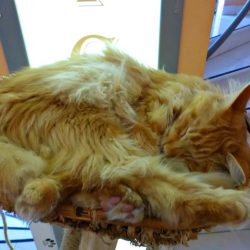 A special thank you to Budapest Urban Adventures for treating us to this pub crawl, and as always, all our opinions are our own.

The guided tours seem to very good in all the places your visiting. Nothing like seeing a new place thought the eyes of a local.

Your pictures are beautiful! I have been obsessed with Budapest lately (I'm going to blame it on George Ezra's song Budapest ;) ). The lÃ¡ngos and Hungarian wine sounds delicious!

I love the 'weeping willow' art. It's so poignant and moving, but it does have a small touch of whimsy. I can imagine how children are attracted to it and how it's a great piece for capturing their imagination and attention.