We arrived at the Bologna Cooking Class and were met with a stern look from the Italian chef. Due to a number of circumstances including the loss of a wallet, miscommunication and a little misdirection, our little group was late.

10 minutes by our understanding, but a full 40 minutes by the school’s. Not a great start. Unfortunately some planned activities, such as helping to prepare some classic Italian pasta sauces, had to be scrapped.

Despite this setback we were eager to get back on track. We were, after all in Bologna, Italy, known for its amazing food and pasta dishes.

And we were hoping that our hosts would unlock the secrets of Northern Italian cooking so that we could greedily bring them home with us.

Taking a cooking class was one of the many things to do in Bologna, Italy that we were looking forward to the most. 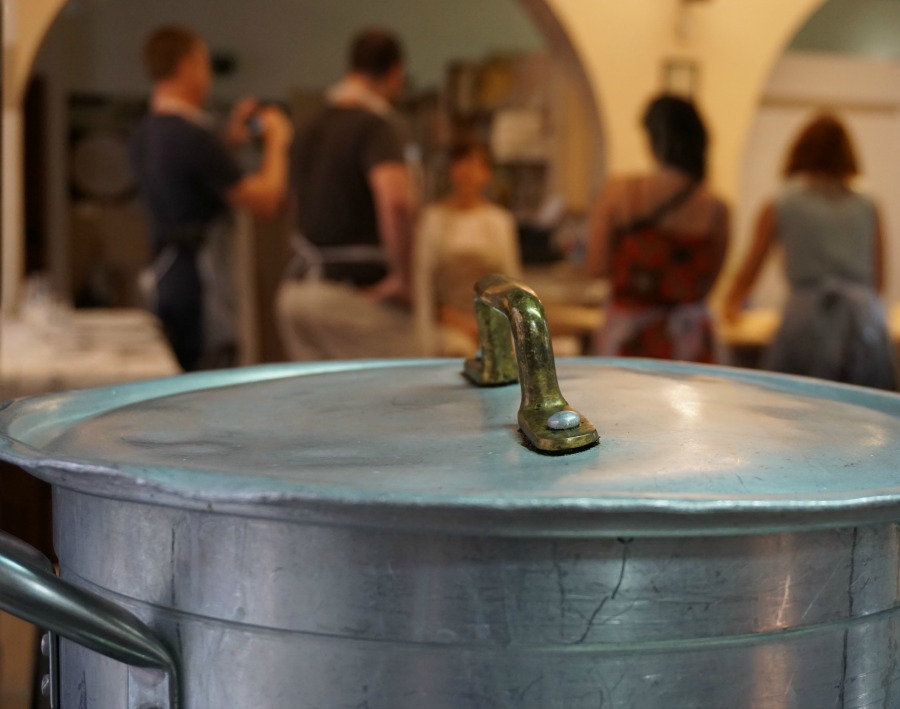 After arriving to the Pasta Cooking Class late, our little group found ourselves in the soup

We put on our aprons and were hustled over to the cooking area. Here, chef Valeria broke down misconceptions about Italian food that needed to be cleared up before we could even consider attempting our hand at mastering the regional cuisine.

“Whatever meat sauce drowning in tomatoes that you make at home is not Bolognese Sauce” she stated emphatically. “In fact, Bolognese sauce does not exist.”

“Here we call our classic meat sauce ragú. And you do not put ragú on that dry skinny spaghetti you use at home. Here we put our ragú on fresh thick ribbons of pasta called tagliatelle. And in the North of Italy we do not use a silly pasta machine to roll our dough. In Bologna we roll our dough by hand with this” — she held up a very long wooden rolling-pin.

She raised an eye when we asked if mothers chased misbehaving children around the kitchen with the intimidating device and decided shook her head. Apparently, the answer was “no.”

“And,” she emphasized here by pausing dramatically and eyeing the group. “Here, we do no put KETCHUP on our pasta!” Our final, and most egregious sin was laid before us.

Pin or Bookmark the Article for Later

She was now ready to introduce us to chef Barbara and hopefully together they would be able to help us climb out of the hole of pasta ignorance from whence we came.

Was it possible that we could arise from such depths and leave with the skills to create pasta like a real Italian? Although I admit at this point, confidence about our ability to meet this task was admittedly low. And so our education (and the fun) began. 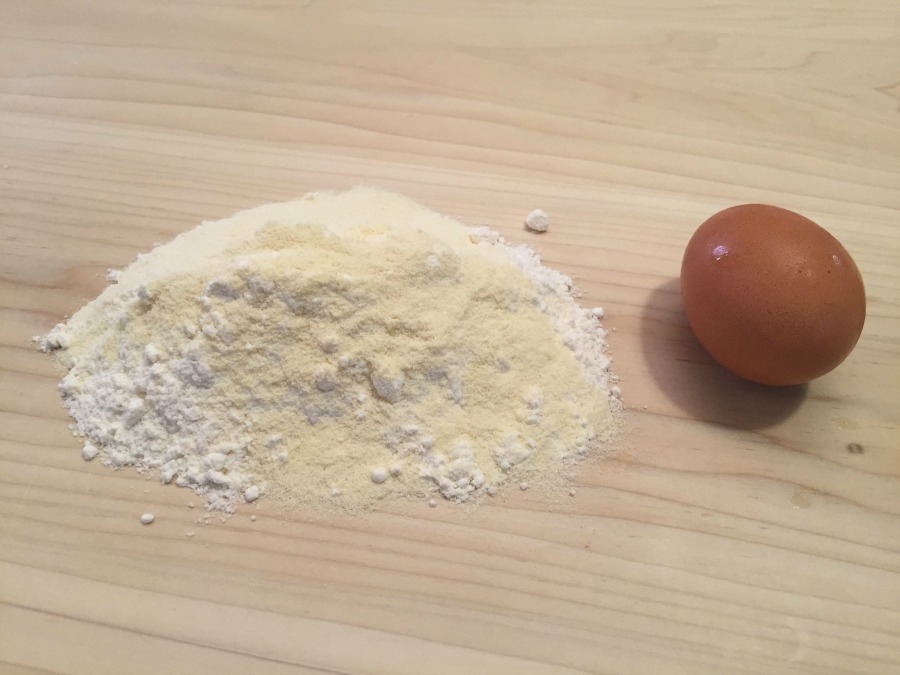 Pasta from its humble beginnings – what could go wrong here?

By the end of the next hour, each one of us (with a good measure of assistance from the chefs) had successfully made dough for pasta. Each of us kneaded it to the correct consistency and rolled it out so that it could be shaped, cut by hand and/or filled.

We made large tortelloni filled with ricotta and spices. We folded the pasta until it approximated the shape of a “belly button”, and not the dreaded misshapen “bishops hat”.

Some of the pasta was cut by hand — thin for seafood, thicker for vegetables, thicker still for ragú.

We rolled long strands of the dough between our hands in order to form thin pasta (strozzapreti or strangled pasta) later to be joined by a simple lemony pork and onion sauce.

We learned how to add spinach to the dough to make the green pasta used to make the regions classic green lasagna. 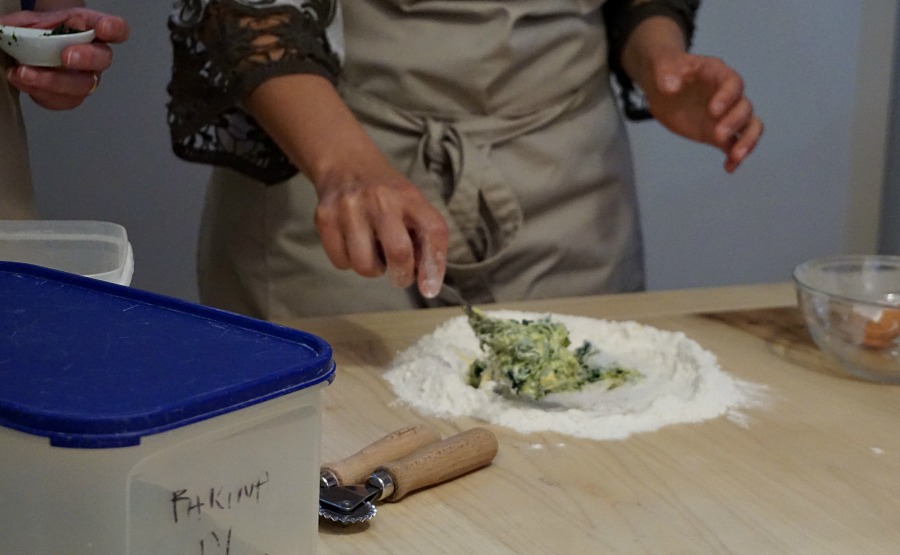 Getting Social with the Chefs

By this time the chefs were happily joking with us (perhaps maybe feeling that there was some hope for our pasta making skills after all). They even allowed one of our group to record the session live on Periscope.

Actually they seemed thrilled by this and gladly answered questions by the virtual audience about how to make pasta the proper way. This, after all, was the point.

And, after tasting the pasta, and spending more time in the Emilia Romagna region, we were beginning to understand why the people here are so passionate about their food.

When any of the artisan quality of the process of making the food is absent, the final product is in their mind, is a different food entirely.

As a just reward for all of our efforts, we sampled three different dishes. Tortelloni in a sauce with butter and sage (our host gasped and clutched her chest when asked if it could be paired with ragú — certainly not!).

Next came the strangled pasta with the delicate pork sauce and then pasta with ragú. All celebrated with a good red wine (of course — it’s Italy!) 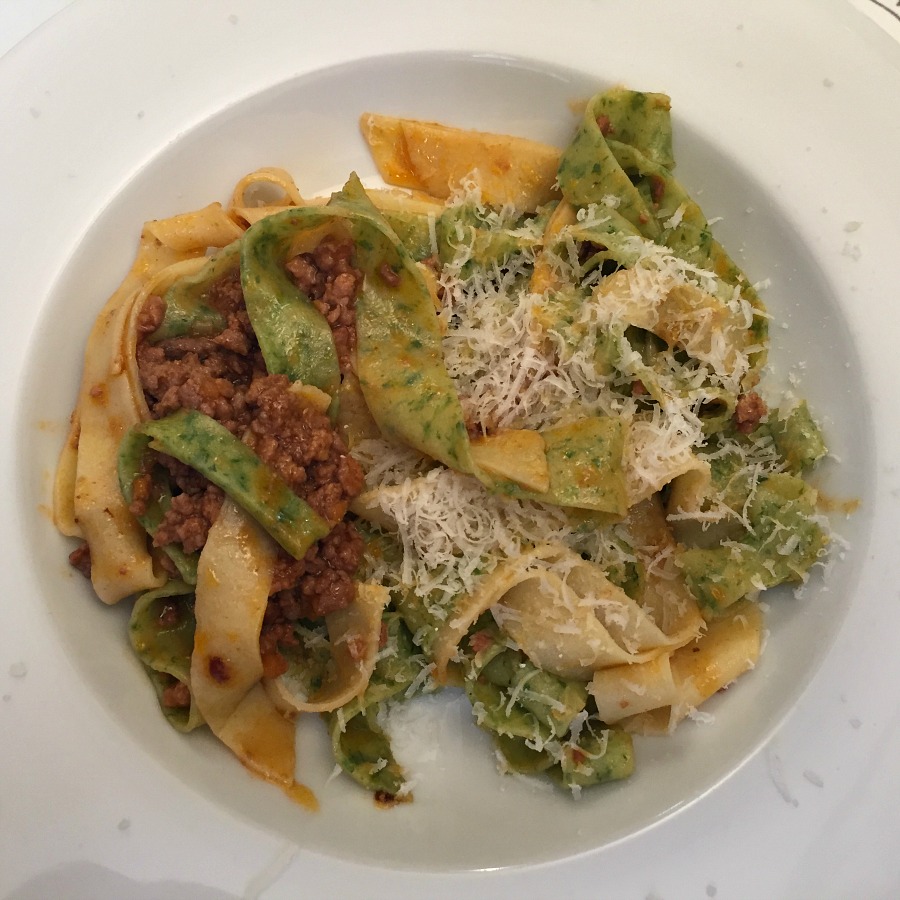 White and Green Pasta with Ragu

We left the class feeling full, happy and each planning to try our hand at rolling out pasta dough at home. They also emailed us the recipes so that we could also make the sauce at home, the correct and only way it should be done.

Now, I’ll have to say, I agree, no more ketchup for me (does anybody really do that).

For more information about the class, visit their website: Il Salotto di Penelope

Here are some related stories about the Emilia-Romagna Region (including some recipes) that you might enjoy:

Here are some additional stories about travel in Italy that you might enjoy: 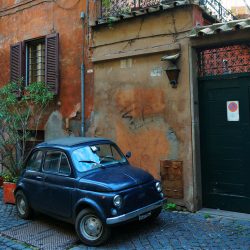 A special thank you to Chef’s Barbara and Valeria for hosting as at their wonderful cooking school, Il Salotto di Penelope. We attended this class as part of the Blogville Project in coordination with the Emilia-Romagna Tourism Board.

Hello, I want to check if you have cooking workshops 2-3 hours for families. we are 2 adults + 2 kids (12,8) thank you in advance, Ziv Shomron

Hi Ziv - The cooking class we described is perfect for kids and families! Here is a link to the school: http://ilsalottodipenelope.it/en/home-eng/ You will have a fantastic time.