If the wonderful food, amazing historical sites and inexpensive prices aren’t enough to make you consider a trip to Budapest, this important fact will. Budapest has long been considered the spa capital of the world. There are 123 natural hot springs and drilled wells here. They deliver 18 million gallons of 70 – 172 degree F of healing waters a day. That’s more than enough to bring happiness to the masses and earn their title.

Use of the springs by the Romans was documented over 2000 years ago. But it was, you guessed it, it was the Turks who really developed the spas during their occupation of the country in the 16th Century. Now, there are 15 public thermal bath houses (and plenty of private ones in luxury hotels).

The history is interesting, sure. But my tired aching muscles and sore feet from all of my touristy meanderings around the city, I was really only interested in figuring out which one to pick, and when to go. The most well-known of the public baths are the Gellert bath, Szechenyi bath, Dand¡r bath, Lukacs bath, Rudas bath, Dagaly bath, and Kiraly bath. You can read more about them here. But we chose the Szechenyi Thermal Bath – one of the largest spa complexes in Europe.

There were several reasons why we chose Szechenyi. The first, but not the most important, is that the spa is located near the impressive Heroes Square, which was was worth wandering around to snap a few pictures. 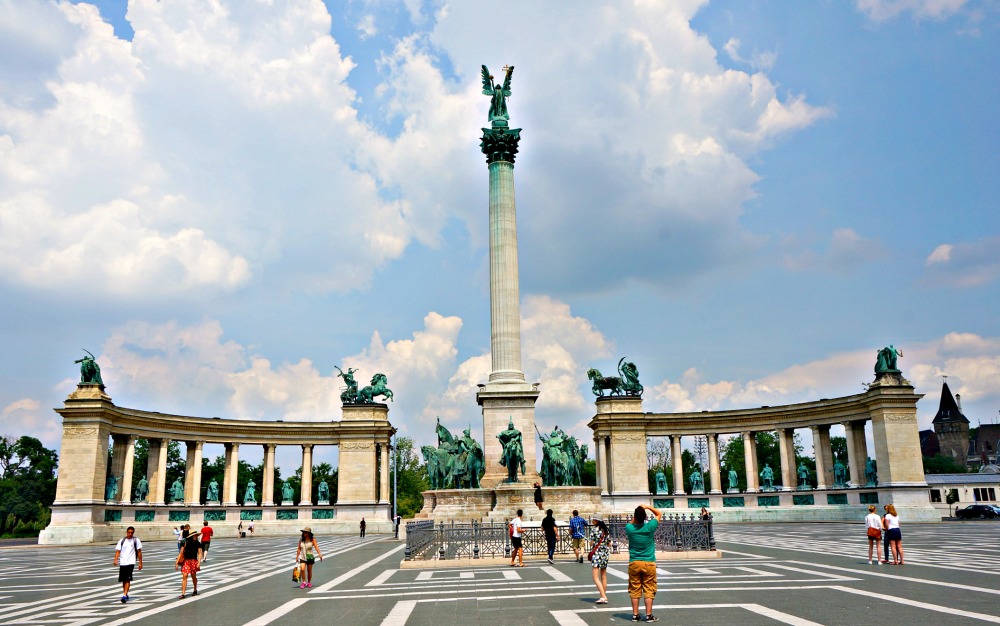 The second is that Szechenyi has several huge outdoor pools with various water temperatures and features – such as jets on the bottom of the pool to massage your achy feet. Not all of the spas have an outdoor area to lounge about in and that was a big plus. 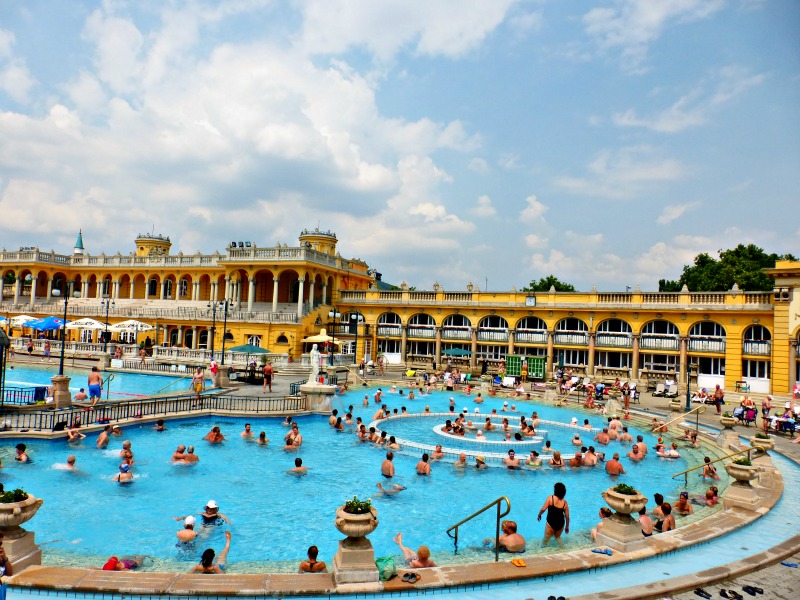 Just one of the large outdoor pools 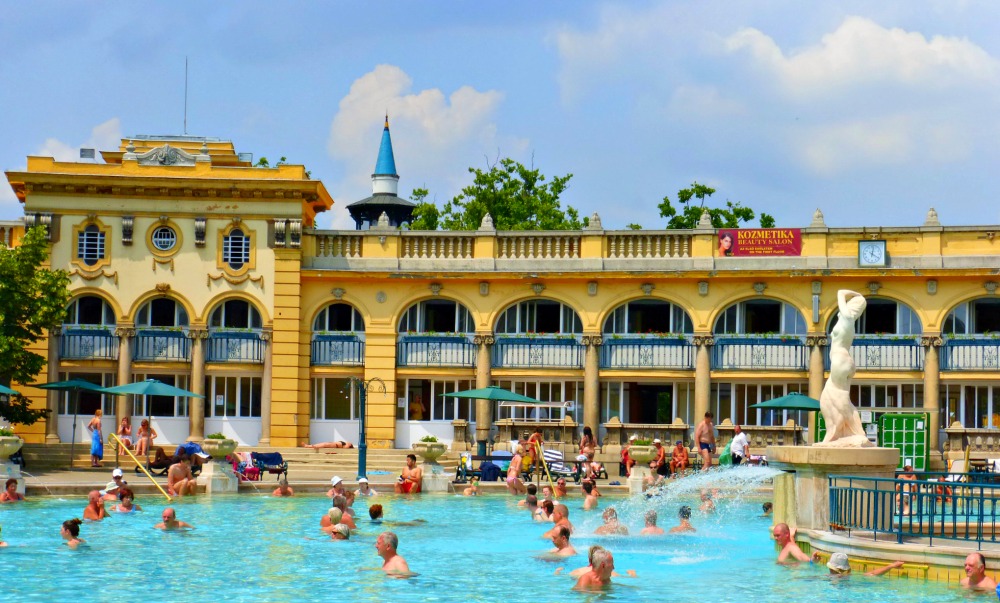 If you leave the expansive outdoor areas, you can explore a maze of indoor pools inside the buildings. There a spas of different temperatures. And multiples saunas. And tubs that had jets that would propel you around in a circle. We just kept finding more and more pools. 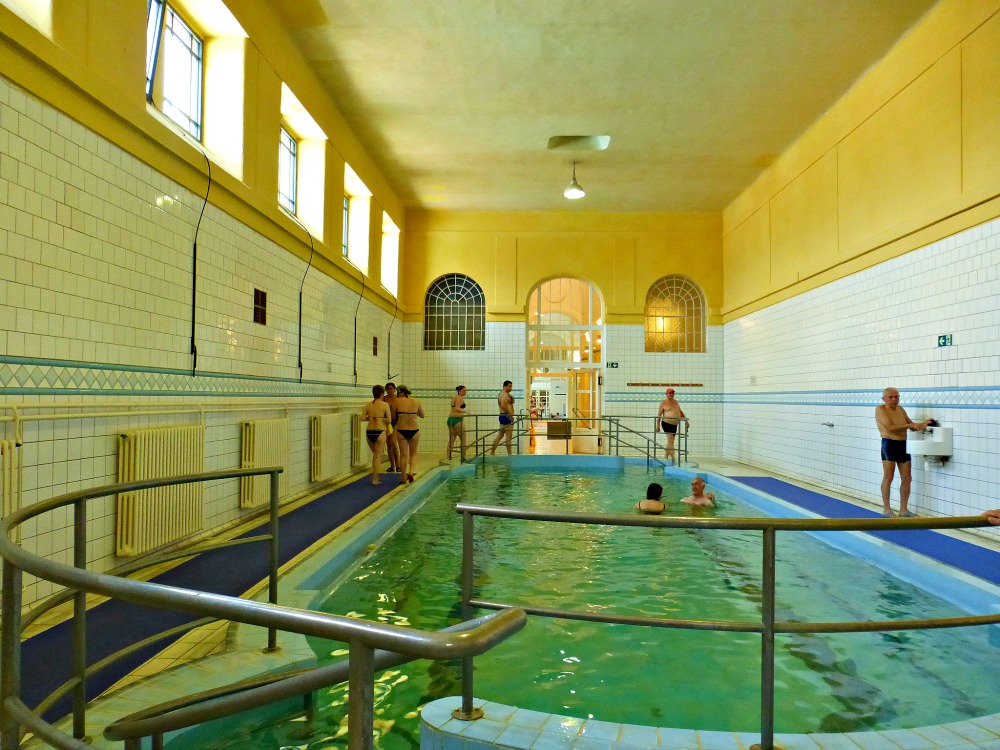 A series of indoor pools

And the marble pillars that made some of the pool areas make me feel like I was luxuriating in a steamy Turkish spa were also a big plus. 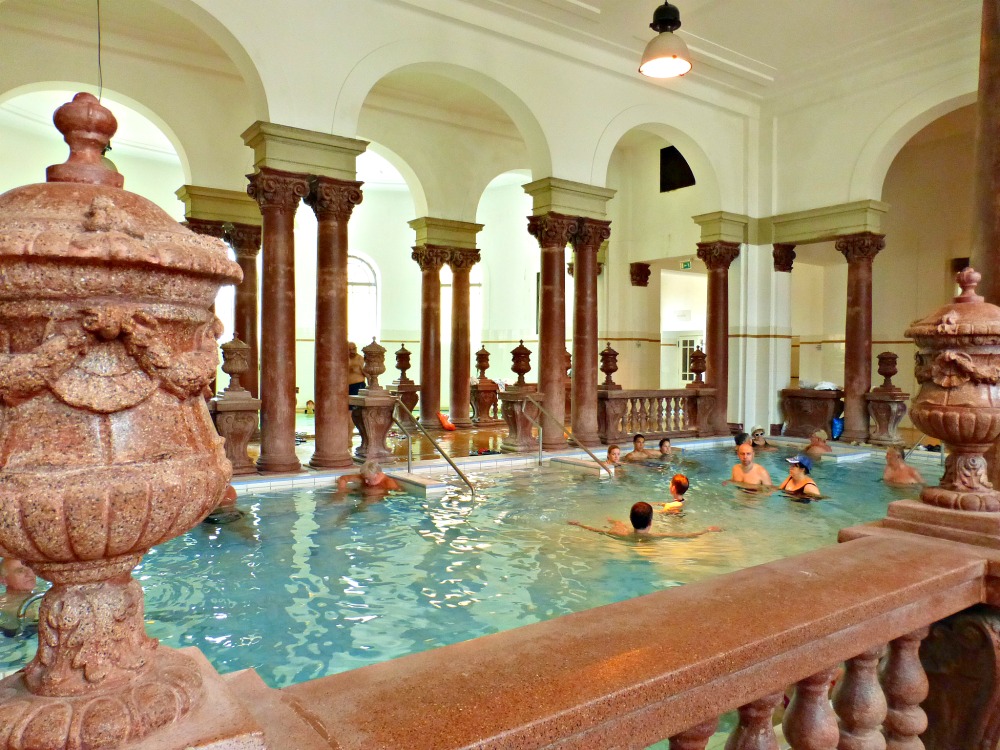 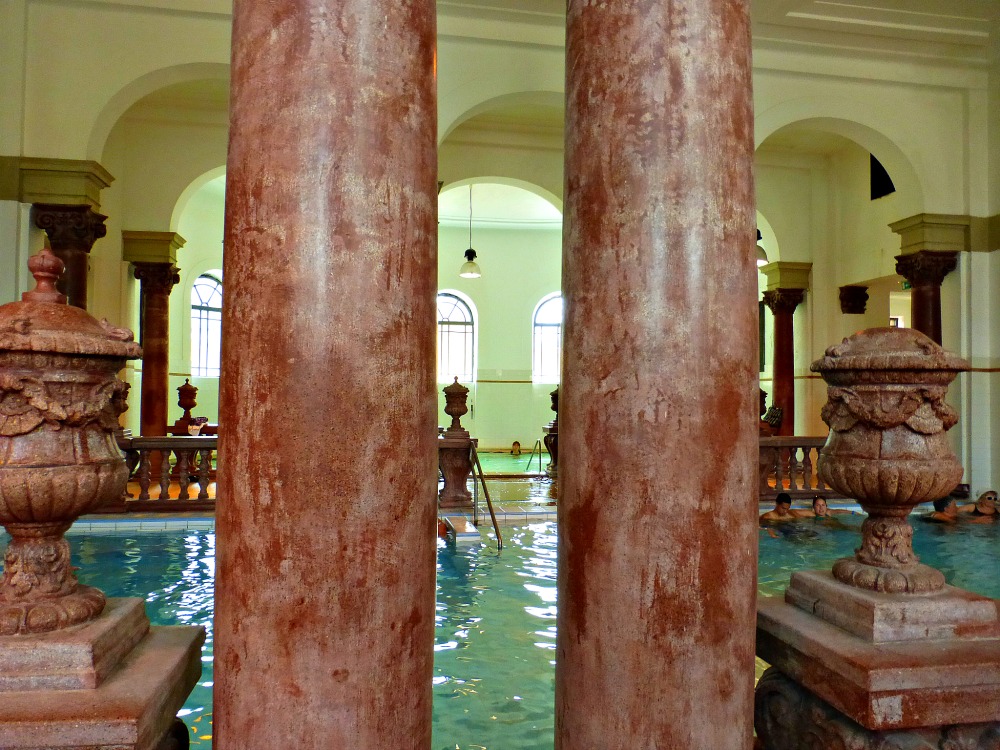 And finally – there was the price. Not the cheapest spa in Budapest, but at $16/day a pretty good value.

We were quite happy with our choice and ended up leaving feeling totally relaxed, happy and ready for exploring.

Many lucky Hungarians also get free admission courtesy of their physician, who can prescribe a regular regiment of massage and dips in the spa for their patients.

Via public transportation: trolleybus 72 and the millennium underground train. (The thermal bath is in the City Park)

Getting a Taste for Budapest 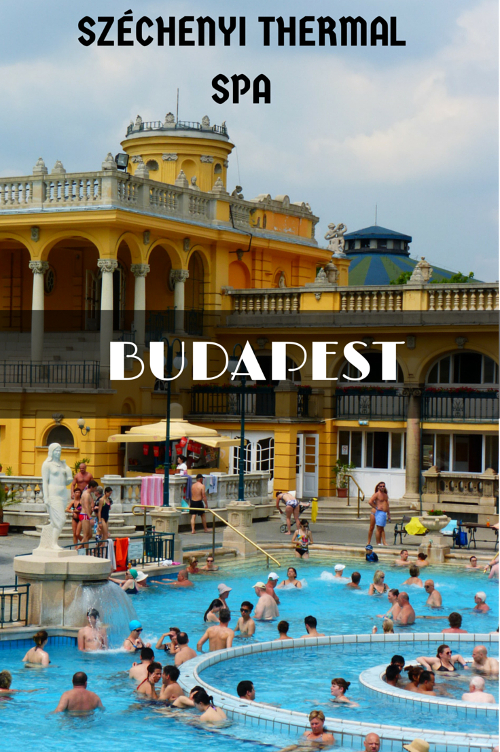 What about summer? Are the pools too hot for summer enjoyment?

No problem in the summer. There are areas where you can get some shade.

im ashamed to admit I didn't know Budapest was known for its hot springs! This looks like a great reason to visit!

Im soooo upset I didn't have enough time to come here when I was traveling around Europe! Looks amazing!

I had no idea that Budapest is the spa capital of the world?! Very interesting... Although I do love spas, personally, the thought of sitting in those pools with allll of those people would really gross me out! haha. The price is great though, and the facilities look lovely.

I spent a whole day in Gellert Bath when I was there last autumn abd it was a bliss.